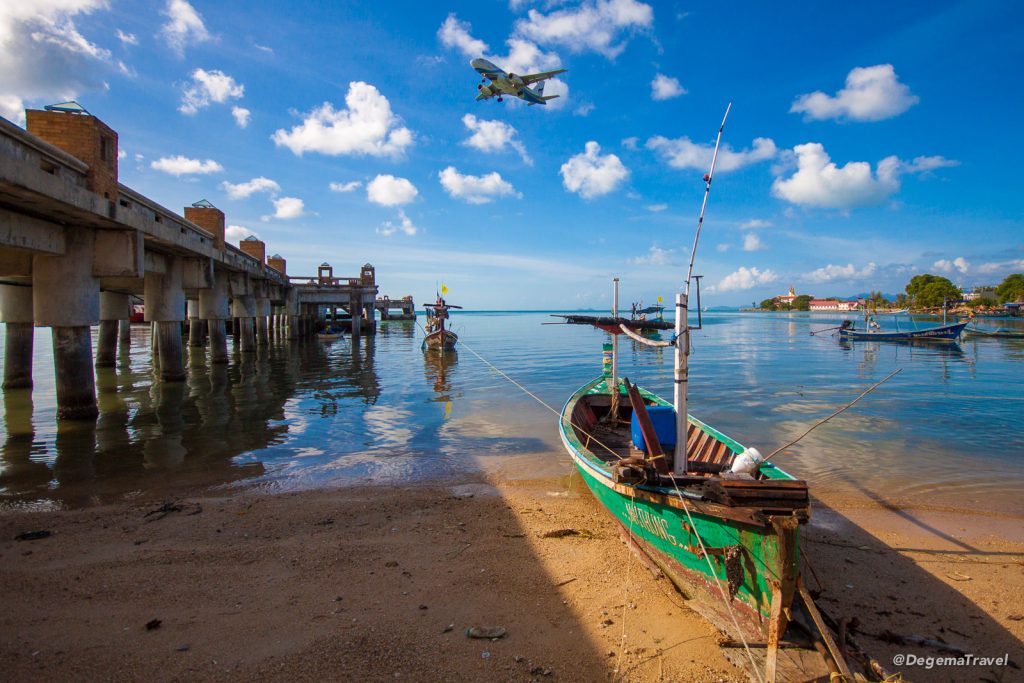 Hurried Project52 catch-up: part deux! Yes, as the deadline to Week 5 rushes towards me, I’m still only on writing up Week 2. As mitigation goes, it’s rather pitiful of me to say that this is still a new blog and I had a busy start to the year, but…well, it’s the truth!

Anyway, after the rushed finish to Week 1, I was determined to do a better job with Week 2’s theme, so I was wondering around Koh Samui chuntering “your everyday” to myself continuously, which probably bought me a few funny looks from passers-by. Every scene I looked at, I was muttering “is that an everyday scene? Meh, not really” before moving on.

On my last day on the island, I had polished off the last of the work assignments, had effectively circumnavigated the whole place on the baby pink Honda Scoopy I’d rented (because it was the last bike the rental shop had left and, as I said to the lady working there, I am extremely confident in my masculinity) and I was looking for interesting artistic shots.

I found myself at the Big Buddha statue when an aircraft buzzed low overhead on approach to Koh Samui International Airport. From a relatively early age, I’ve had an interest in aviation. In fact, my parents met as a result of it. She was the learner glider pilot, he was the tug plane pilot, one thing led to another, etc… Anyway, that naturally led me to the desire to get a good plane landing picture.

I actually did a very similar one in Phuket as Week 4 of Project52 2015. Phuket has a single east-west runway (09-27), so the approach is either over the northern end of the island or over Mai Khao Beach. I spent the better part of an afternoon hanging around on Mai Khao Beach at the end of the runway, watching the aircraft come in and snapping merrily away. It’s actually quite a popular spot, with loads of tourists there sunbathing and taking selfies. I remember one rather notable ageing gentleman there who was endeavouring to get a tan on his tackle. I pity the poor sods who spotted that from their window seat!

Koh Samui also has a single runway, running north-south (36-18), so the approaches are either over Chaweng Beach or over the Big Buddha. As it happens, the wind was from the south that afternoon, so the aircraft were approaching from the north. I jumped on my pink bike and moved to get a better angle.

After a short drive, I found Bangrak Tourist Pier. There were some fishing boats tied up along the sandy shore, with locals making repairs to engines and nets. I quickly found an ideal angle, with the Big Buddha in the background, the fishermen’s huts along the shore on the right, a boat pulled onto shore in the foreground on the left and the sea still as a millpond, reflecting a vividly blue sky with a few fluffy clouds.

There were two problems. Firstly, I didn’t know the exact approach route the aircraft were taking. I checked the flight schedules on my phone and I had about a 15-minute wait before the next one was due in. Then, after that, I didn’t have time to wait for the next one because I had my own flight to catch. I would only get one try. The second problem was I only had a wide-angle lens on me, meaning that the plane would have to get pretty close or it would be such a minor element in the shot that it would be totally lost.

Fifteen minutes passed slowly and I spotted the plane approaching. I started snapping, but quickly realised that it was much too far away and that it’s approach angle would mean it would pass in front of me, not over me. I tracked it round and, miraculously, found a second good scene, with the pier running down the left of the shot, the boat on the shore now on the right and Big Buddha only just in the frame. The plane got to the middle of this scene, I hit the shutter release and my Week 2 picture was in the bag.

When I looked back at it and post-processed it, I reasoned just how much of an “everyday scene” it is, and how perfectly it personifies Koh Samui. A Bangkok Airways flight (Bangkok Airways owns the airport on Koh Samui, so they have the monopoly on inbound flights, which is why they cost so much), the Tourist Pier, the Big Buddha, a fishing boat, a perfect sky and sea and even a bit of beach. Says it all.

I suppose that, if I were to be objectively critical of the shot, I shouldn’t have taken it mid-afternoon, but in the morning or midday. The heavy shadow of the pier is far from ideal and even the plane is lit from a funny angle. Apart from that, I’m rather pleased with it.

In a couple of days, I’ll tell you about the near-total disaster which was Week 3: Out of Focus.