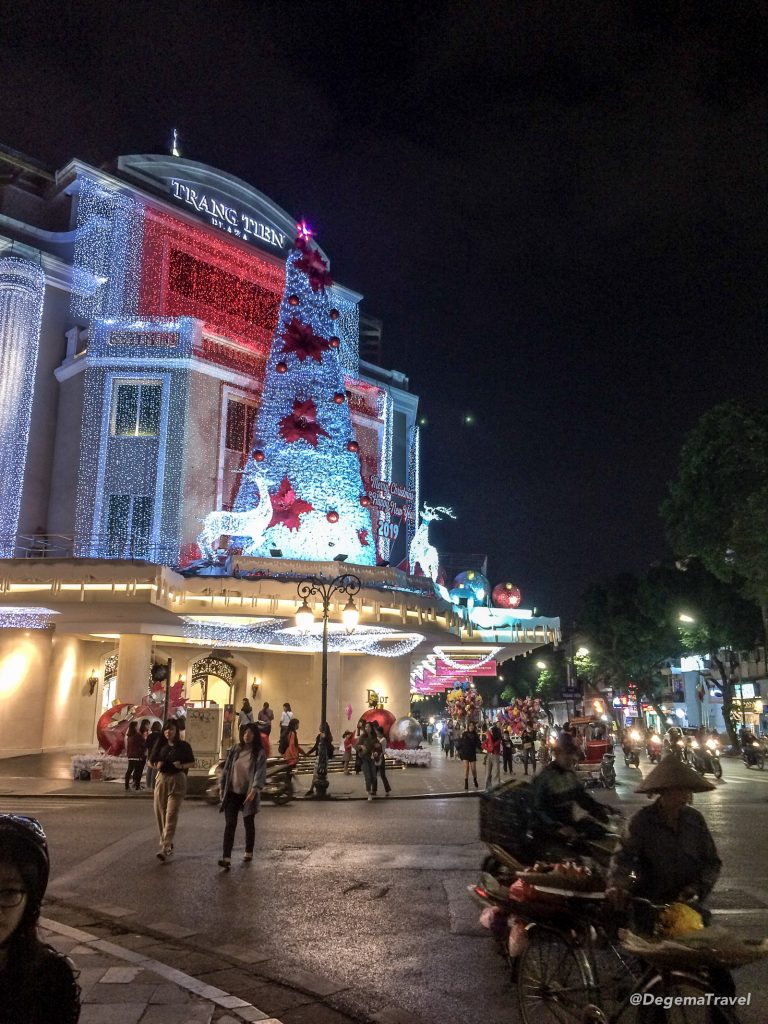 Not Being Lonely in Hanoi – Part 1

Anyone who has ever asked me if I get homesick while living the expat life has always been given the same answer: Only at Christmas. Having grown up with big family Christmases, suddenly finding myself alone and thousands of miles from my homeland hits me hard. This year, I decided to force myself into a situation where I wouldn’t and couldn’t think about it. I also needed to use up the last of my annual leave allotment for the year, so I booked a holiday in Vietnam.

I’d wanted to go to Vietnam for some time, particularly since watching the Top Gear special filmed there. Having 11 days to kill and no alternatives available, I just went to the top of my bucket list and picked the first country there. I’d heard that the north is more interesting than the south, so I booked a flight into Hanoi and out of Da Nang. It turned out to be surprisingly cheap.

This may sound rather improbable, coming from someone writing a travel blog, but I’ve had a problem with planning trips for the last few years. I get myself into a panic, thinking that I need to do something with every second of my holiday time, leading to me inevitably over-planning and then becoming frustrated when I fail to fit everything in. This probably comes from a couple of trips I did for my employers for research purposes, where I had to justify the expense to the company by coming back with enough data to write dozens of articles. I’d forgotten that travel is for fun, not work.

This time, I was determined not to make the same mistake, so I went to the absolute opposite end of the spectrum. What I described in the second paragraph – about booking my inbound and outbound flights – that’s all the planning I did. I asked some friends about the places they recommended I check out, listed them in a notebook, and that was about it. I did only the bare minimum of research to give me enough money to get around, allow me to pack the right clothes and gear, made sure I didn’t need to apply for a visa (as a British citizen, I get a free 15-day permit on arrival) and checked what plugs I’d need for my electronics. That’s all.

A friend of a friend

In talking to my friends about going to Vietnam, one had put me in touch with one of her friends who lived in Hanoi. This person ended up being the main source of the little bits of essential information I mentioned above, but she also kindly provided me with a place to stay the night. This person was leaving the same day I was arriving, spending roughly the same amount of time I’d be in Vietnam with the aforementioned friend in another country.

The reason why I’m being so vague about this person will become clear in Part 2.

Once I’d landed at Hanoi’s Noi Bai International Airport and survived the drive into town – a fairly impressive feat in its own right – I met and chatted with this friend of a friend further. She gave a few pages of handwritten notes about life in the city and some advice on possible trips to other nearby destinations – a kindness well above and beyond what I’d been expecting. She really isn’t that keen on Hanoi and strongly advised that I spend as much time as possible in the countryside, which was exactly what I was planning anyway. I therefore formed the first part of my plan: I would spend one night in Hanoi, see the Old Quarter, then take a train to Ninh Binh the next morning. My new friend headed for the airport and I set off to walk the 30-ish minutes into town.

I’ve made the mistake of going on long walks in new destinations before, burning myself out on the very first day. In fact, I’ve made this mistake at least three times in the past, the most recent being my Overlander trip to Africa, which I need to get back to chronicling at some point. Anyway, in this case, there were some important differences. Firstly, it was already after dark and secondly, I was in a country which is colder than I’m used to. I’d come from a couple of unseasonably warm weeks in Bangkok to a place that is actually kind of chilly in the winter months (by Southeast Asia standards). As such, I made good and easy progress towards the Old Quarter.

Along the way, I passed a large mall building, with enough bright lights on the outside to make it look like the Ritz – Trang Tien Plaza. As I was reaching the front of it, I noticed a young Vietnamese girl – probably no older than 10 or 11 – with two middle-aged women. I noticed her because she’d just inadvertently released the string of her helium balloon and it was floating out of reach. It got caught under an awning over the entrance and the very end of the string looked to be just within my reach.

Without saying a word, I placed my camera bag on the ground, crouched down and leapt for the string. Twice I tried and twice my fingertips just batted the end of it, like a cat playing with a dangled thread. A Vietnamese guy had walked up, at this point, and signalled that I should try putting the girl on my shoulders so that she’d be able to reach the string. This I did, still entirely wordlessly. It was a little precarious and she nearly fell off at least once, but she managed to keep her balance while standing on my shoulders and successfully reached the balloon. I put her down, picked up my camera bag and continued on my way, with an enormous grin splitting my face. The two women thanked me and I finally spoke, just to say that it was no problem. I don’t really know why I decided to do all of this. It was just the attitude I was going into this trip with.

Unfortunately, this story has gone on much longer than I expected it to, so I’ll be splitting it into two parts. I’ll post the second part soon.