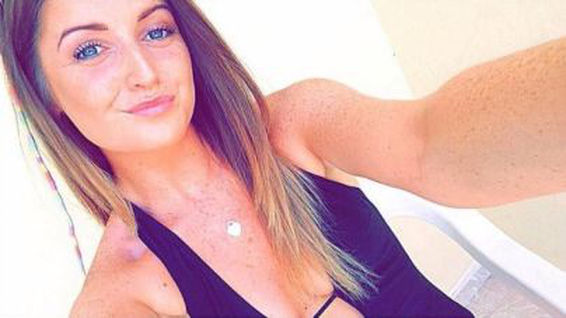 Yesterday, I did something amazing. At least, that’s what the old TV adverts in the UK would have me believe. All I actually did was give blood. This was my eighth donation in Thailand and something like my 12th in total. What made this one very different was that there was actually someone who needed it – a name and a face I could put to the donation.

Lucy Hill is a 21-year-old Brit from Bury, travelling around the world for her gap year. As is often the case with such people, she ended up in Thailand; in Chiang Mai, specifically. As is also often the case, she was involved in a motorbike accident. She was badly injured when a car hit her hired motorbike, causing her to lose a significant amount of blood. Unfortunately, for her, the blood she lost was of type A-, which is rare enough generally, but particularly so in Asia.

Giving for the Sake of Giving

My blood type is also a rare one. I have O- blood, sometimes known as the ‘universal donor’ due to the fact that anyone can accept it, regardless of their own blood type. This is because the cells have no antigens, which means that the body’s defences have nothing to attack. It is essentially like a biological cloak – the cells are in there and doing their thing, but antibodies can’t see them, meaning that the body’s defence mechanisms are not triggered. It is sometimes called ‘pure blood’ or ‘Adam’s blood’ because of this lack of antigens. It is also commonly associated with red hair (which I have).

When I saw the appeal for blood being shared all over Facebook, I checked my calendar and found that I was nearly due another donation soon anyway. I give every three months – the maximum you are allowed to give whole blood, though you can give platelets every month – and, coincidentally, my last donation was about three months ago.M

Technically, I am not supposed to donate in Thailand since the Red Cross here is worried about “Mad Cow Disease” – BSE or Creutzfeldt-Jakob Disease, as it is variously known – which was prevalent in the UK in the 1980s. However, during my first few donations, no one noticed when I admitted on the form that I lived in the UK at that time and, since then, the fact that I’ve safely given blood so many times has stopped anyone from worrying about it.

So, during my lunch break on Monday, I drove off into town, got completely lost because I’ve never driven to the Blood Centre from work (always from home), used Google Maps to get my bearings, nearly had a motorbike collision and, finally, gave them a bag of the red stuff.

Later that night, after I’d spent the rest of the day at work feeling particularly groggy and tired, a friend asked why I had done it. She asked if I knew Lucy personally, which I don’t. I’ve never met the girl, nor am I ever likely to. I gave for the sake of giving. Ever since I discovered that I have O- blood, I felt somehow duty-bound to share it.

The wording of the online appeal struck me as rather significant. A friend of Ms Hill’s wrote the post, saying: “My friend wore a helmet and did nothing wrong.” And that’s just it. In doing nothing wrong, she did something wrong. She wasn’t ‘Thai driving’.

Motorbike accidents are the leading cause of injury and death among tourists visiting Thailand. The roads here are the second deadliest in the world, with only those of Libya killing a higher percentage of the population (according to a 2015 report by the World Health Organisation). The road surfaces are poorly maintained, the driving test here is laughable (and there are plenty of people on the roads who haven’t even taken it) and the police do next to nothing to enforce the highway code or even road safety laws. Worst of all, most of the guide books give only an off-hand warning about the potential hazards.

During my recent trip to Koh Samui, I lost count of the number of tourists I saw riding without helmets. I also saw at least two or three people with all the signs of a recent motorbike accident, including severe road rash and bandaged elbows and knees. They were the lucky ones. Lucy wasn’t. It is purely by the generosity of her fellow travellers, locals and expatriates that she is still alive.

As I said, I was nearly in an accident on my way to give blood, and such occurrences are so commonplace that this didn’t even freak me out. I came within inches of hitting another motorbike head-on at a busy and confused junction, partially because this junction is badly organised (as are many others), partially because a lot of drivers don’t know how to use them properly and partially because there is only one real law of the road – get where you want to go and screw everyone else. The motorbike I nearly hit didn’t even slow down. He just beeped his horn and shouted until I slammed on the brakes.

This would have been my third major accident in four years of living (and driving) in Thailand.

My first dance with death was in Pattaya, within a few months of arriving. I came up to a four-way junction too fast. This one is notorious for being even less controlled than normal. While it does have traffic lights, they were almost never switched on (though they were updated about six months ago and the junction is now fully controlled and significantly safer). I got cocky and thought I could just zip through without having to stop.

I vividly remember the moment when I realised I’d made a mistake. Time seemed to slow down as I saw the battered old pick-up truck coming out of the road to my right, passing directly in front of me. I didn’t bother hitting the brakes because there was some loose sand on the road, which would have just killed the traction and I would have slammed down onto the road. Somehow, my brain processed that information and I knew it would be way more dangerous for me to slide across the ground and under his wheels. I remember thinking “that was really stupid of me”, just before I T-boned the truck, my front wheel hitting his front left wheel. I flew over the handlebars, banging my knee on them as I went. I bounced off his bonnet roof and landed on my back on the road on the far side of the truck.

Amazingly, I stood up and walked away from it. My knee hurt a bit and I had a tiny cut, so it was more of a limp than a walk, and I had to lay down because shock nearly overcame me, but I didn’t need to go to hospital and didn’t even take a day off work.

My second accident was more recent and much more serious. I was driving in front of the Villa Supermarket in Chalong in Phuket, just behind Chalong Police Station, when a car in front of me suddenly pulled a U-turn. I was again being cocky and probably should have slowed down, but I thought the driver had seen me and would wait for me to pass in front of him before making his turn. As it turned out, he didn’t wait and the front of his car clipped the back of my bike. I hit the road on my left-hand side, sliding along for easily 10 metres.

Again, I actually managed to stand up, wanting to get out of the road before someone else came along to finish me off. I wasn’t able to walk, this time. My ankle was messed up and I had to hop to the side of the road, from where an ambulance took me to hospital. This was my first trip in an ambulance, which wasn’t a milestone I’d ever hoped to reach.

Again, many of the details of the accident are vivid in my mind. While I was sliding along the road, I was trying to remember what my brother had once told me about the rate at which you lose skin and flesh during such an accident. I never did recall the figures, but it must have been a significant number because I spent the next three months making a visit to hospital every three days to have dressings changed while the skin regrew. Even now, about five or six months later, my left ankle is weaker than my right, is slightly swollen and bears angry purple marks where the wounds were deepest.

I will describe ‘Thai Driving’ in a later post, but the important thing to take away from this story is that the roads in the Land of Smiles are not like the roads back home, wherever home may be. Even if you are a perfect driver with years of accident-free motoring under your belt, you are not safe. Even if you obey every law, rule and courtesy in the world, the simple fact is that you will probably be the only one doing so, which will actually put you at more risk.

There are plenty of people who have travelled to Thailand, hired a motorbike and enjoyed the independence it provides without issue. However, there are also countless people who have wasted whole days of their holiday sitting in A&E, being bandaged up after an accident. And they’re the lucky ones.

I’m not advising you to not hire a motorbike because I’m not that much of a hypocrite. I’m just saying what the guide books won’t tell you: Driving here is not safe. Don’t just be careful; don’t even be extra-careful. Be bloody paranoid! Be pathologically safety conscious. And wear a helmet, for hell’s sake! You don’t look cool riding without one. You just look like a severe brain trauma waiting to happen.