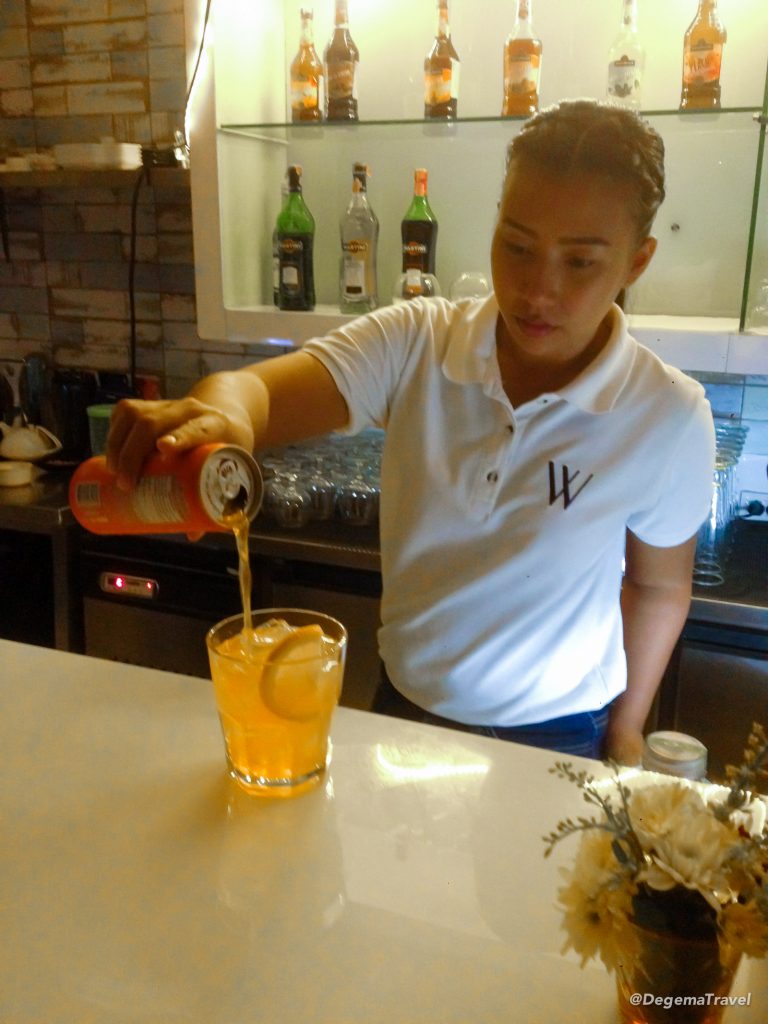 Serve:
In a tumbler, over ice.
Can also serve in a tall glass, but requires more gin.

It’s a very simple drink. It is no more complicated than a Bacardi and Coke, but if that gets the name of “Cuba Libre”, I see no reason why gin and Fanta Orange can’t have a name. That name is “Degema”.​

The sweet flavour of the orangeade makes the Degema an easy drink to consume in large quantities, so the effect of the gin does creep up on you a little. It is best served with African or Asian Fanta, which is considerably sweeter and ‘more orangey’ than the heavily-diluted European stuff. It is currently a practically unheard-of combination and, even when using the long-form name (“gin with Fanta Orange”), I still get funny looks from bar staff.

The recipe became known to me through my mum, who learnt it from the captain of the cargo ship Degema. She encountered the ship while she lived in Port Harcourt, Nigeria from 1976 to ’77. While docked to offload cargo, the crew of the ship came ashore to enjoy the hospitality of the mostly British expatriate community. Mum recalls that the wife of the captain was particularly grateful for some time on dry land with other women, playing golf and enjoying proper home-cooked food.

On their final evening in Port Harcourt, the captain got exceedingly drunk with some of the expats, my mum included. The drink of choice was gin with Fanta Orange. This story, and the tale of getting the paralytically drunk skipper back to his vessel, was one of the many inspirations which led me to a life overseas.​

Passing this recipe to me during a particularly nostalgia-driven drinking session, I suggested the name “Degema”.