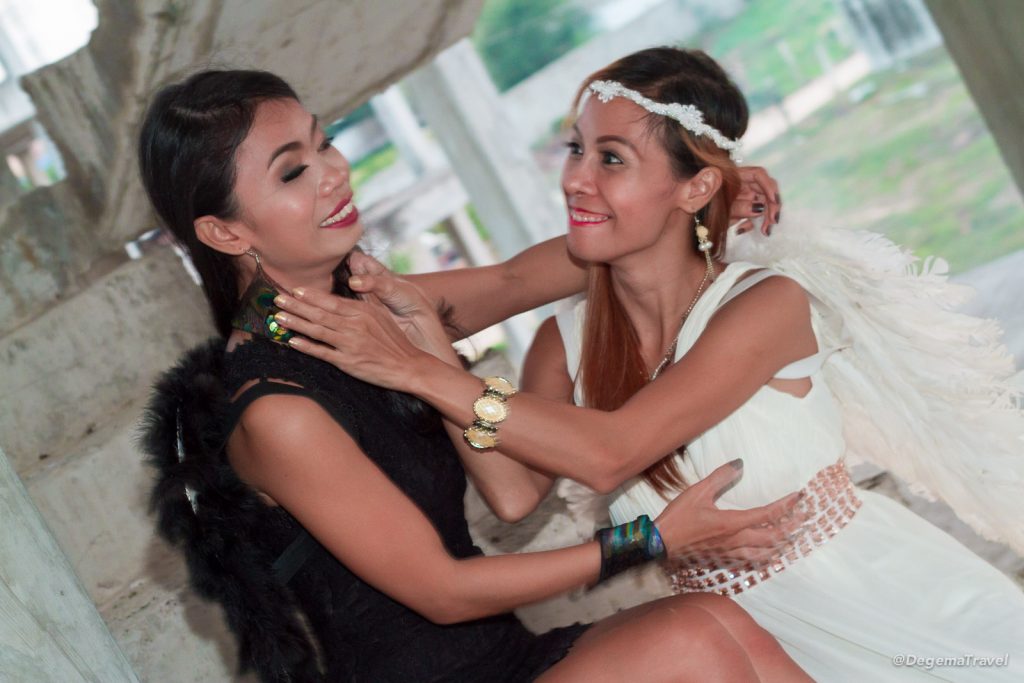 It is good to finally be caught up with my Project52 posts. I can now get this travel/expat blog back onto the subjects of travelling and living overseas! Photography was only ever supposed to be an aside – expressing my thoughts and experiences while exploring and enjoying an activity which is more hobby than actual profession for me (even if it is a big part of my full-time job). Instead, just catching up with these posts has consumed the better part of a month!

This week’s subject – “Outtake” – was, much like Week 3’s, a bit of a challenge for me. Once again, I had to make what amounted to an intentional mistake, which is not easy for a pathological perfectionist such as me. I couldn’t even cheat my way out of this one like I did with the “out of focus” shot where I just used a depth-of-field effect instead. Thankfully, it looks like the rest of the subjects for the year are not so demanding.

It was fortunate for me that, by pure chance, I had two photo shoots lined up for the weekend, giving me plenty of opportunities to make that mistake. It was a long weekend thanks to Macka Bucha Day – one of the many big Buddhist holidays in Thailand. I was due to work once again with one of my favourite models and a good friend: Becca. She’s a Filipino woman living in Pattaya whom I met during my time living there. As I became interested in model photography, she was among the first I shot and the lessons I learnt from that experience were a major step forward.

The full story of the first of the weekend’s shoots (not to mention the mess of stressful travelling that weekend ended up being) will have to wait for a future post. The important part, for this tale, is the second shoot on the Sunday. This involved both Becca and a Thai model I had not shot before – Jasica.

The concept was actually Jasica’s idea, though it combined with my own desire to shoot in an abandoned building. It involved two angels – a black one and a white one. What exactly each represents is a little complicated. Put as simply as possible, the white angel is that which stands by you when your love life is going well, sharing your happiness and encouraging you. The black angel is that which supports you when everything goes wrong, sharing your grief and loneliness.

It was an interesting idea and I was very much looking forward to attempting to visualising it. Again, a full report on how well (or otherwise) that went will have to wait for a future post. I’m here to talk about the outtakes.

I am still very nervous when it comes to shoots, and I am a naturally introverted soul at the best of times anyway. As a result, there isn’t so much joking around when I’m taking pictures. I don’t consider this a peculiarity of my technique or anything – it is a failing. I should be doing my best to create a more comfortable atmosphere for the model but, as yet, I have not developed that skill. I am more relaxed with Becca because I have worked with her several times now, but shoots still lack any sort of light-heartedness.

I do tend to relax towards the end of shoots. By that time, I have become confident that I’ve got the necessary half-descent shots and I can relax a bit. In this case, we were laughing at the expressions the angels were making at each other. Naturally, to express their individual natures, Jasica (the black angel) was looking sad while Becca (in white) was looking quite pleased. At one point, sitting on the stairs of the building with Becca behind Jasica, this looked for all the world like the white angel was pleased that the black angel was so sad!

This was a bit of a contrast to what had been going on for a lot of the rest of the shoot, where the black angel had been glaring at the white one with daggers in her eyes, looking vengeful and hateful of the latter’s happiness. I can’t exactly recall how this led to the picture below. I remember us laughing about the apparent conflict between the two polar-natured personifications and me getting off a quick snapshot when Becca pretended to throttle Jasica. I was essentially shooting from the hip, but that is a practice I have a surprising about of experience with. It was more chance than anything else that it actually worked, but I suppose that is the very definition of an outtake.

This was, as said, towards the end of the shoot. The light was starting to fail and my flashgun was increasingly slow in recharging because the batteries were overheating. The sun was still above the horizon, however, so there really should have been enough light for me to have a higher shutter speed than 1/25th. However, I’d bought a 3-stop ND filter that morning and I left it on throughout the shoot, which might have been a mistake. On the other hand, I feel like the motion blur in Jasica’s right hand makes the shot more dramatic and adds an element of movement and action, making it look less posed (which, indeed, it wasn’t).

Overall, I am rather more pleased with how this shot worked out than I have been with some of my other Project52 submissions. It conforms to the requirements of the subject perfectly, without the need to come up with any kind of abstract interpretation. It was a slip away from the script and the picture captured the moment perfectly, giving all three of us a giggle when I shared it with the others – exactly as a good outtake should.