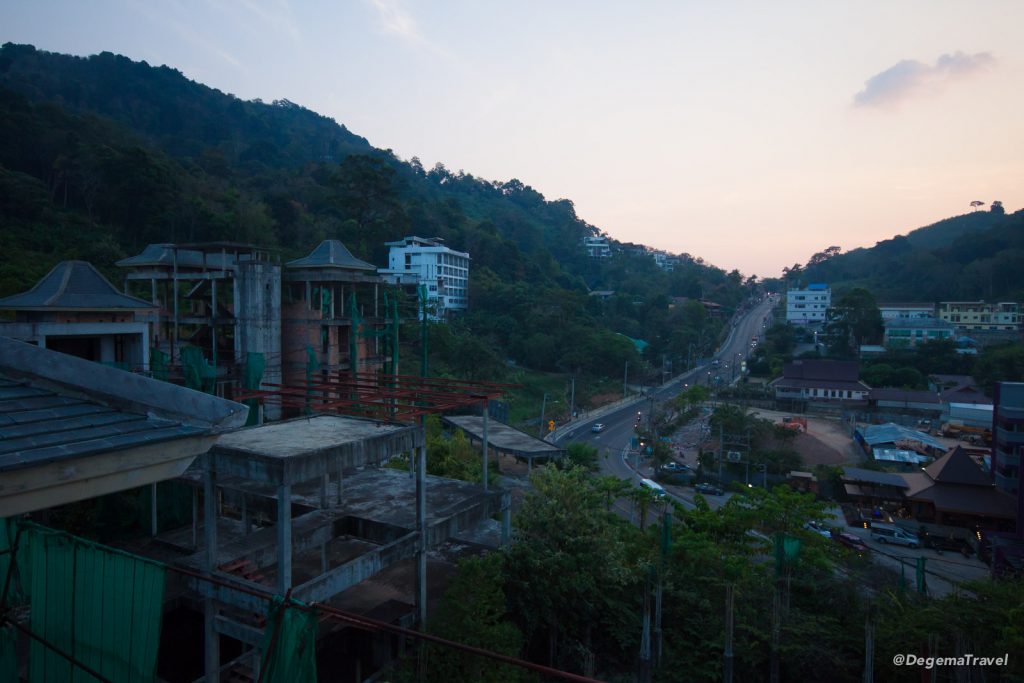 We’re nearly totally caught up with the Project52, but this was an entry I was really not looking forward to writing. I was not at all proud of this shot and I didn’t even share it on social media when it came to posting it. Even by my own abstract thinking, it barely covers the requirements of the theme.

Those who read the sorrowful story of Week 3 will recognise the basic details – a busy week at work, limited available free time for shooting, a challenging theme and a hefty dose of laziness on my part. I found my Thursday deadline charging towards me and decided, one again, to pair up a bit of research for model shooting with the Project52.

I actually had plenty of pictures to choose from for Week 4 as this week included the shoot I partially described in Week 3 – the one on Surin Beach. The problem is that the whole point of shooting a model is that shadows are not really something you want too much of. At least, not unless you are doing it for artistic purposes but, in this case, it wasn’t that sort of a shoot. I did take a couple of silhouette shots around sunset, which worked out really well, but given that “Silhouette” one of the later themes for the project, I felt that doubling up on them with the “Shadows” theme would be a cheat.

The model shoot was a fantastic success, incidentally, and I’ll go into the details of it in a separate article. However, the one major result of it was that it drained what little spare time I had, meaning that I couldn’t pursue other ideas. I did even have a couple of other possibilities, but I either hadn’t the time or didn’t have the right gear with me at the time to pursue them.

Finally, it came to the crunch and needing to find both a picture and a location for the next shoot with the same model as I shot with on Surin Beach – a young Russian lady by the name of Angelica Chebotar. I had an idea which I’d described to her of shooting in an abandoned building, but the two that I’d already located in Phuket were too far out of the way for her. I can’t say I blame her for vetoing them. In her position, even I’d be wary of going with an almost complete stranger to an isolated building site far from civilisation. Fortunately, I knew of another possibility much closer to…well, closer to Patong. Whether you can call that ‘civilisation’ is a matter for discussion.

This particular development is on the road leading south out of Patong, just before you reach the Le Méridien Phuket Beach Resort. I parked up by the side of the road, jumped up a small wall and started exploring. It was perfect – just the right level of completed so that you had room to explore without it being too dangerous. Of course, it was technically illegal. I was trespassing. However, no one was around to protect the place, as proved by the litter and graffiti which festooned the more easily-accessed areas.

It therefore came as a bit of a shock when I turned around and found a little Thai fella stood nearby watching me taking pictures. He mumbled something about it being dangerous and people having died from walking around, so I told him that I promised not to die, hoping he would then leave me in peace. He didn’t, and it started to make me very uncomfortable. Just like Angelica was concerned about being in such a place with just me, so I was more than a little worried about being there with just this guy.

Eventually, the man mumbled something about photography and cameras and started to lead me further into the building, say that he knew a good place to take pictures from. I shifted my camera into a position where it would stay stable and not be easily stolen and kept my right arm cocked, fist clenched. He led me up some stairs and I stayed a good three metres behind him and as far from any long falls as I could get. Eventually, though, the guy proved true to his word and led me onto the roof, where I snapped Week 4’s picture very quickly.

I consider that this qualifies as a ‘shadow’ in two senses. Firstly, it is all in the deep shadow of a valley as the sun is setting. Secondly, the building itself is a shadow of what it should have been; a failed attempt at grandeur. Its a flimsy interpretation, but it is as good as it gets for now.

The little Thai guy led me back down the stairs and asked for 50 baht for being my “guide”, at which point I relaxed considerably. I realised that this was not an attempted robbery, but a simple scam. He saw [what he thought was] a tourist enter the building and figured he could make a few baht out of me. I gave him his money and he promptly left. I later saw that he crossed the road over to a fuel station/motorbike taxi stop and handed over the cash to someone more senior. I was heartily relieved, but a little frustrated. If I’d known he just wanted a tip, I would happily have given him the 50 baht just so he’d leave me alone to explore the place on my own! At least I now know for next time.

I’m not sure if I’ll be able to use this location with Angelica for the planned shoot. Those guys from the fuel stop are a bit of a problem and it is possible that she still wouldn’t be comfortable shooting in such a potentially dangerous location. I certainly wouldn’t blame her if that proved to be the case. We’ll have to wait and see on that one.