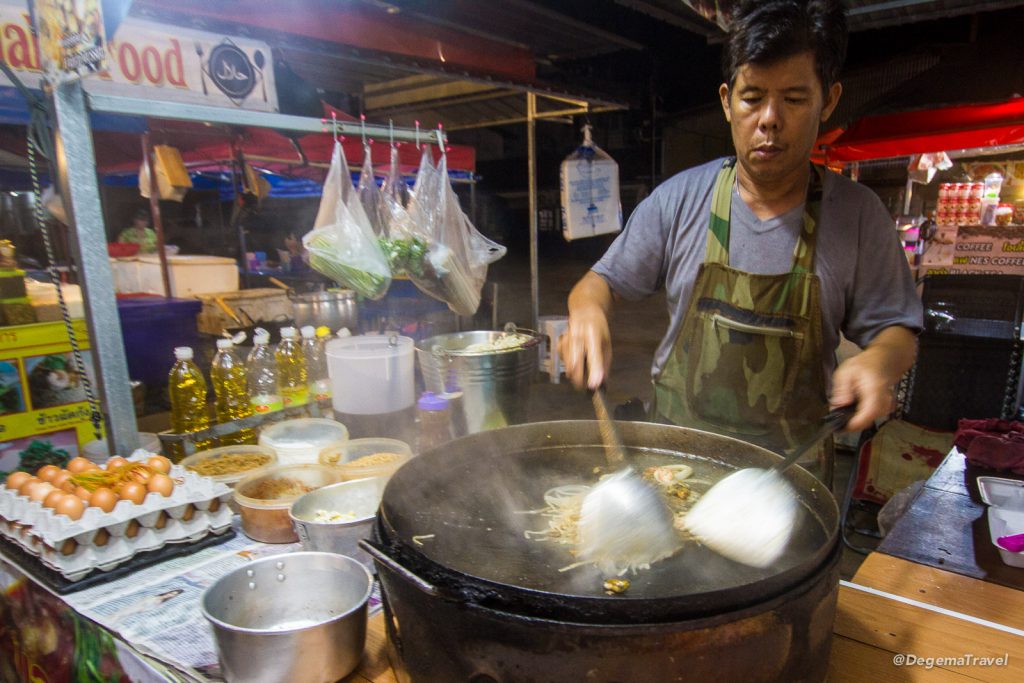 You would think that, as I live in Thailand, the theme of “Hot” would be a very easy one to cover. Even at its worst, the temperature here rarely dips below about 20°C. When it does, all the locals and expatriates start moaning that it’s freezing cold, even though it is easily double the temperature of an unusually hot day in the UK! However, we’re currently in the midst of the rainy season here, which presents a challenge. How do you portray heat photographically when you can barely see the sun?

This point was particularly driven home to me when I visited Nai Harn Beach, right at the southern end of the island. It is a popular place for its nice soft sand and the fact that it rarely gets really crowded, to the scale that the really popular places like Patong, Kata or Kamala do. This was my first visit and I was instantly smitten with the place.

Nai Harn Beach is nicely sheltered in a little cove, with the only tourist resort being the imaginatively named “The Nai Harn“. There are a few little local restaurants and a lifeguard station, but otherwise very few facilities. Instead, there is just really nice sand. It is an observable fact that the sand in Phuket gets softer as you go further south, with Mai Khao having rather coarse sand while Nai Harn has perhaps the softest. At present, the water is very rough and only usable by surfers. There was, indeed, a kite-surfer dodging up and down the bay while I was there. I left him to it and remained on dry land.

Returning to the point, this visit demonstrated that, even though I was on a beautiful beach which would ordinarily be the perfect demonstration of a “hot” location, the fact that it was a cloudy and rather windy day meant that the resulting photographs didn’t make the place look hot. I managed to improve it slightly in Adobe Lightroom, but you can still see that it was not a fantastic day for sunbathing. Of course, that didn’t prevent people from trying!

I was visiting the beach with a Thai friend of mine, who agreed to model for a few pictures. She’s no professional poser, but she could be described as “hot”, which would possibly have fulfilled the requirements of my Project52 for Week 33. However, the beach in the background again ruined the effect. Maybe I could have arranged a proper shoot with a pro model in an indoors location, but I didn’t have the time and couldn’t find a model at such short notice.

Later that day, my friend wanted some Phad Thai and I went off in search of some. This proved surprisingly difficult. Well back from the beach in Patong, around my apartment, there are plenty of local restaurants and surprisingly few of them serve Phad Thai! I went from place to place, asking at about half a dozen shops, getting further and further from my apartment before I finally reached Sainamyen Market. There, much to my delight, I found a vendor cooking up noodle dishes.

The following picture was taken on a return visit. His seafood Phad Thai was really good and I was impressed with his cooking style, so I went back a couple more times, once with my camera. On each occasion, he asked if I wanted it “hot” – as in, with chillis – and, on hearing me say yes, he would dump quite a healthy amount of the stuff in. The resulting dish certainly had a spicy bite to it, but was still very tasty and not so hot as to be inedible.

There are certain aspects of this photo that I really like. The motion blur in the chef’s utensils was created by using an unusually slow shutter speed. Below about 1/60th, there is a danger of the whole picture becoming blurred by the camera movement created just by trying to shoot freehand. However, I seem to have managed to get away with it here. This slow speed was partially an intentional effect and partially a result of my not wanting to raise the ISO any further. I am beginning to notice that my Canon 7D does not perform well at ISOs above about 800 so, unless I want a grainy effect, I tend to stick to below that figure.

There are ways I could have improved the shot. I would have liked to have been closer and used a more creative angle. This is, quite frankly, a very ordinary shot. It is pretty much the shot that any munchkin with a camera-phone would take. At least, it is certainly pretty close to the angle of such a shot. It does not really stand out as a ‘photographer’s shot’. However, it does portray what I wanted it to portray, so I call that a win.