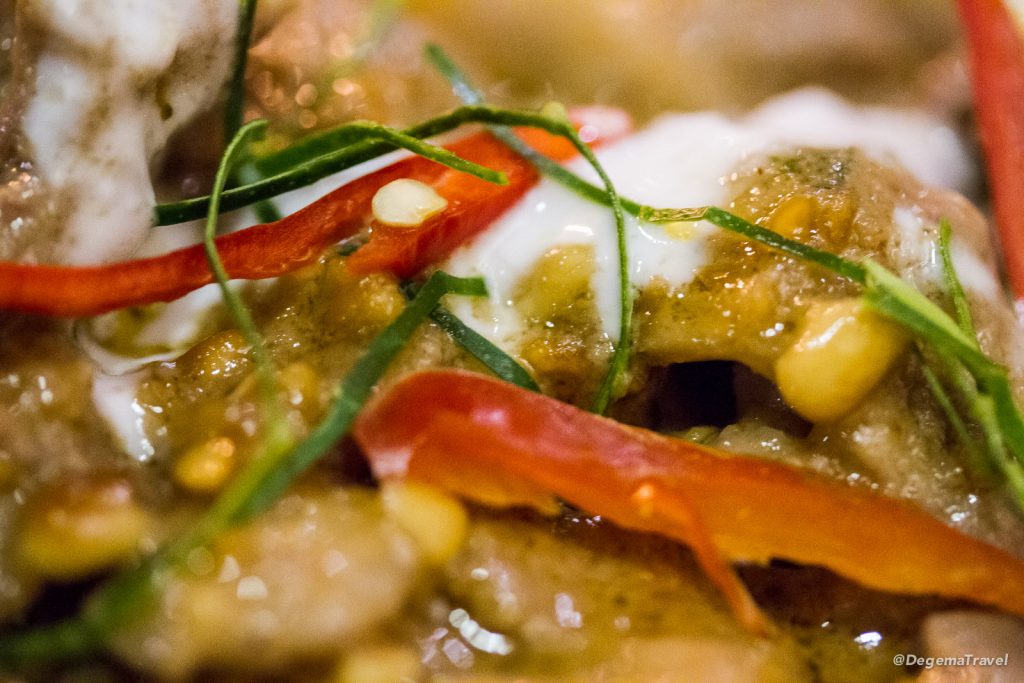 This, I’m sad to say, was another rush-job Project52 shot. The grand plan that I had, at the start of the year, of going off on dedicated shoots to capture the pictures that I need from unusual and unexpected themes has unfortunately failed to materialise because real life consistently gets in the way. As a result, I was once again scrabbling for something to shoot as my weekly deadline loomed.

I honestly expected the subject of “food” to be a really easy one to do. I do fairly frequent restaurant reviews as part of my job, though none of them find their way onto my blog here because I exercise a strict policy of avoiding conflicts of interest, so reviews on here are only those of restaurants visited in my own time. That’s why, about six months into this blog’s existence, I’ve only just written my first!

When it came to Week 25, photographic assignments were very thin on the ground because the weather was absolutely rotten. We had something like a solid week of rain or, at the very least, blanket cloud cover – not particularly good for taking enticing travel photos, though hardly surprising for this time of year. It’s called the rainy season for a reason! Anyway, as a result, I had to quickly find a restaurant to review on deadline day so that I could get my “food” photo.

It being my first restaurant review, I had a very particular idea of the sort of restaurant I wanted to do. It needed to be somewhere good, obviously, but not extremely expensive because it was getting towards the end of my pay cycle and, with the trip to Siem Reap, Cambodia during Week 24 and an expensive new lens bought the week before that, I was a bit short on cash. I wanted it to be a Thai restaurant, but not a tiny family-run outfit which could be closed by the end of the month. I wanted something well-established, affordable and tasty…and somewhere on my way home from the office, for preference.

On the recommendation of my friend Jiew, who runs Traveliss.com and with whom I travelled to Singapore, I tried out Kaab Gluay Thai Restaurant in Patong, which was able to tick absolutely every one of the aforementioned boxes. The lighting was a bit of a challenge because it was night by the time I was eating and the restaurant is not that well lit. However, the food was both tasty and fairly picturesque.

I decided to use my macro lens because I had used it quite successfully during my Project52 2015. The 60mm fixed focal length makes it very difficult to use for work because food photos which look like modern art are not approved of. However, I quite like how they look, turning something perfectly mundane into a sort of bizarre alien landscape.

There is one problem with this style of shooting at a Thai restaurant, and that is the fact that there is nothing specific to focus on. I had a duck curry and you get a full plate of what is essentially a homogeneous mass. I ended up using a single chilli seed as my focal point, not only to give the autofocus something to aim at, but also to draw the eye. I’m not totally sure I employed the technique entirely successfully, though.

While I do rather like this photo from my Project52, it does not stand out as one of the greats, for me. As I just said, it is kind of unfocussed, being a mass of patterns with few individual elements to pick out. The food was certainly very tasty, but it just wasn’t picturesque. The cocktail was a bit more suitable because the cherry and umbrella on the rim drew the eye, but even I can’t construe a beverage as a sort of food.

The rest of my shooting of the review was marred by one tiny mistake. While swapping the lens to my new 10-20mm wide angle, my grip slipped and I essentially dropped the uncovered end of the lens onto my thumb, leaving a dirty great print right in the middle of the front of the lens. As a result, every subsequent photo had a horrible smear right where I needed it least and all of the lights – of which there were plenty – were distorted horribly. I didn’t have any cleaning gear with me at the time because I was using a smaller camera bag which I use for field assignments and which does not contain my cleaning gear. I think I will have to buy a couple more microfibre cloths to include in this bag to avoid such a problem in future.