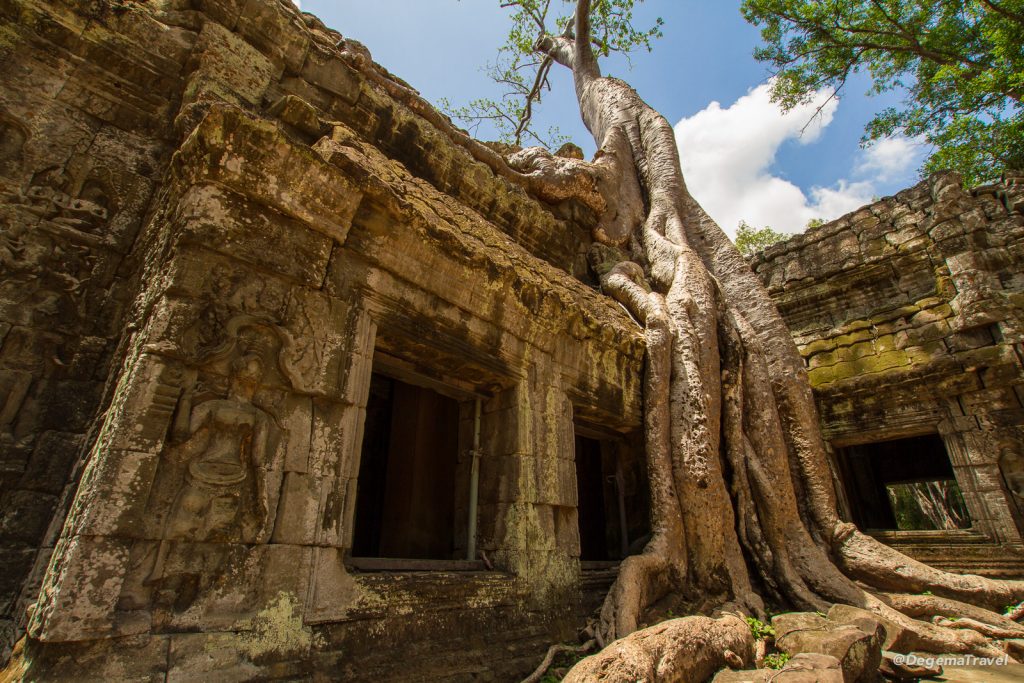 I think it almost goes without saying that this week’s Project52 shot is going to be one of what I’ve come to think of as my “crowbar” shots. That is, the ones where I’m required to unceremoniously lever some kind of a sub-meaning to a shot I took for a different purpose. It’s not that I wasn’t actively looking for something which would exemplify the subject, but with “Below” as the only clue to go on, inspiration was having a hard time striking.

Readers of the travel posts on this blog will know that I was quite fortunate to be presented with an excellent photographic opportunity for week 24. I was asked by my step-mum to act as tour guide and general protector for her son (my step-brother) and his wife. While Bruce and Julia are not completely devoid of travel experience, my years of time in Asia and a previous visit to Cambodia under my belt led my step-mum to ask me to accompany them to make sure they didn’t get scammed or anything. I was very happy to oblige.

The trip was inspired by a recent photographic trip to Ayutthaya in Thailand which, like the Angkor Archaeological Park near Siem Reap in Cambodia, is home to a great many beautiful ancient temples and structures. Cambodia’s just happen to be bigger and more renowned.

I had wanted to return to Angkor Wat anyway, primarily to get better photos. The first time I visited, in August 2013, the weather on the day of our visit had been overcast and not that great for photography. It wasn’t even bad enough to be interesting – it was just a big bundle of ‘meh’. Added to that, I was still using my Canon 400D, which I bought with my first student loan instalment in 2005! Shortly before the trip, the light meter readout had decided to stop working. Fortunately, it came back just a short time after arriving at Angkor Wat, so I was able to come away with some good shots, but not many.

I still actually have that 400D. It has been accidentally dropped a few more times and the connection between the lens and the camera body drops out more frequently than it should, but it surprisingly still takes workable shots. I keep it as an emergency back-up, for when literally all else has failed.

Anyway, we arrived in Siem Reap and mooched around town for our first day – a Wednesday. The report of my first impressions (which are technically my second impressions) can be read here. Nothing particularly leapt out as Project52 material. The following day was therefore very much make-or-break. While it was the day we’d assigned for visiting Angkor Wat, it was also my deadline day.

Our friendly taxi driver/guide took us in on an unexpected but actually ideal route. The first time I’d been here, three years earlier, our first stop had been the great Angkor Wat itself, which made the many lesser temples we visited after pale by comparison. This chap, on the other hand, took us to fewer of the minor temples, but he took us to them first, leaving Angkor Wat as the grand finale.

When we reached the rather renowned Ta Prohm Temple, the perfect shot leapt to the eye. This place is mostly famous for being the backdrop to scenes from the 2001 Angelina Jolie movie Lara Croft: Tomb Raider, but also for its striking appearance, with huge strangler fig trees growing up, on, through and around it, smothering the once mighty structure. Or, to look at it another way, Ta Prohm Temple is now largely hidden “Below” the roots of these beautiful but merciless trees, crushed under the heel of Time.

I really like this shot. I genuinely feel that it is the best of all of those that I took in Cambodia. The use of the recently-purchased wide angle lens, while causing a keystone effect (the way that the bottom of the building looks disproportionally wide compared to the narrow top, making it look like the building is not actually straight) which many photographers warn against, gives a sense of grandeur and really emphasises the fact that the viewer is “Below” the temple and the tree. The colours are particularly vivid, with the green of the tree and the vibrant blue of the sky (assisted, I’ll admit, with a few nudges from Adobe Lightroom). Even the windows act as good lead-in lines, drawing you into the shot, while also giving views onto either a black abyss of shadow or other parts of the temple grounds, making it a very dynamic shot.

Nothing much else I can say about it, actually. Its a nice shot and I’m very fond of it. Job done.