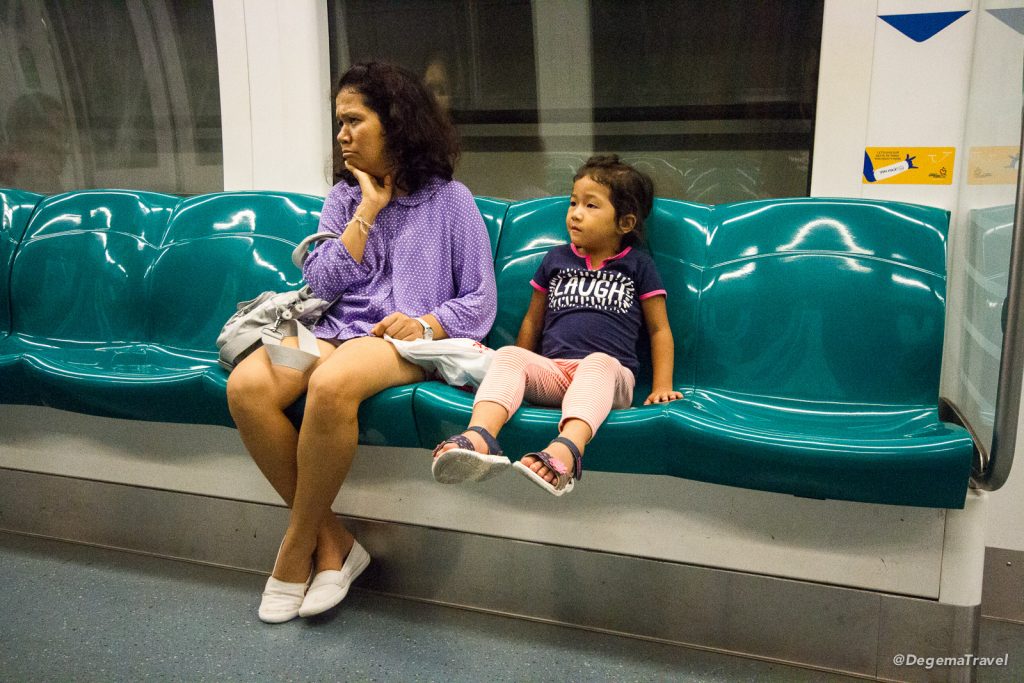 I should probably stop starting all of my blog posts by lamenting how far behind I am (and perhaps should instead pull my finger out and actually catch up), but the fact remains that not only was the image for Week 19’s entry in my Project52 taken almost a month ago, but the trip it was a part of has also barely been touched upon in text.

My good friend Jiew, the CEO of Traveliss.com, invited me on a trip with her and her family to Singapore. Having never been before, I promptly agreed. More specifics into the mechanics of the trip itself will have to wait until such time as I write the post reporting what I got up to. Given my current pace, that’ll probably be some time next year! I will, however, say this: I made a monumental mistake when it came to packing.

Singapore being a city destination, sandals would obviously not be the best choice of footwear. That left me with either my hiking boots, my work shoes or my trainers. The first are a pain to take off and put on, the second are a pain to walk long distances in and the third smell dreadful from extensive exposure to my sweaty feet. I therefore plumped for a new addition to my meagre collection of footwear – some simple slip-on shoes I’d just bought off a pal. Why I thought this was a good idea, I will never know.

Before I’d even left Phuket, these brand new shoes (which I’m still not totally convinced even fit me) had already given me some nasty blisters. By the end of the first day, I could barely walk. I ended up sacrificing at least a day and a half of a five-day trip to just resting up my feet and I certainly didn’t see anything like as much as I could have, had I gone with my hiking boots.

Said first day was quite an active one, too. My friend being the owner of a tour company, she had naturally planned the trip to very nearly the second and had a packed itinerary of places she wanted to visit. By the time we boarded the Singapore MRT to head back to the apartment we had rented, everyone was pretty warn out – myself, Jiew, her husband, both of her children and her father.

I had actually been looking out all day for a shot which captured my Project52 theme for the week – “laughter”. Not an easy one to get, by any stretch of the imagination, because it is very difficult to predict when it will strike and it is virtually impossible to pose and fake it without it looking forced. I had considered using a shot from when I was airsofting in Bangkok, but the expression on my subject, in this case, was more of a smile than an actual laugh. The moment I took the picture below, I knew I had my Project52 shot in the bag.

When I sat down on the train in Singapore, glad to finally take the weight off my blistered and battered feet, I saw something across the aisle which made me smile. I took a sneaky picture, firing from the hip so as not to alert the subjects to what I was doing and therefore ruin the naturalness of it. It is a skill I have perfected over many years of basically being a sneaky sort of sod and taking pictures where people would not always appreciate me doing so.

The subjects in question were Jiew and her daughter, both showing the wear of the long day. Neither looked in a particularly jolly mood, though I have to admit that I was profoundly impressed with the little girl’s resilience. She had not excessively moaned or cried or complained, despite having walked the sort of distance that many fully-grown men would pale at and having been on the go all but continuously since early that morning until this late hour. Juxtaposed against her tired, unhappy face was her t-shirt, which had a single word printed on the front.

I really like the simplicity of this picture and the huge juxtaposition between the look on the girl’s face and the jolly sentiment of her shirt still makes me smile even a month later. The fact that I “shot from the hip”, as I call it, means that neither the girl nor Jiew noticed the picture being taken, so their expressions are unguarded and entirely natural.

The process of shooting from the hip is pretty much exactly what you would expect. I set the camera to an automatic mode, depending on the effect I want (though I often use Programmable Auto to be sure), point in the right direction without using the viewfinder or the live preview and hit the shutter release. I usually do so without even raising the camera and, in this case, the camera was actually resting in my lap at the time.

There are pitfalls, of course. For one thing, the shutter on a Canon DSLR is quite noisy, as is the mirror clicking up and down. That has given me away on more than one occasion. Framing is tricky, as you would expect, but sheer practise and a wide angle lens make up for that. Focus can also be a problem. I tend to stick to a single auto-focus point – just the centre one. That gives me absolute control and ensures that the thing I want to be in focus is so. It’s particularly helpful with model photography, when you want to get the nearest eye sharp. However, if you’re shooting from the hip, the subject might not be at the centre of the frame and therefore might be out of focus. In this case, I got lucky.