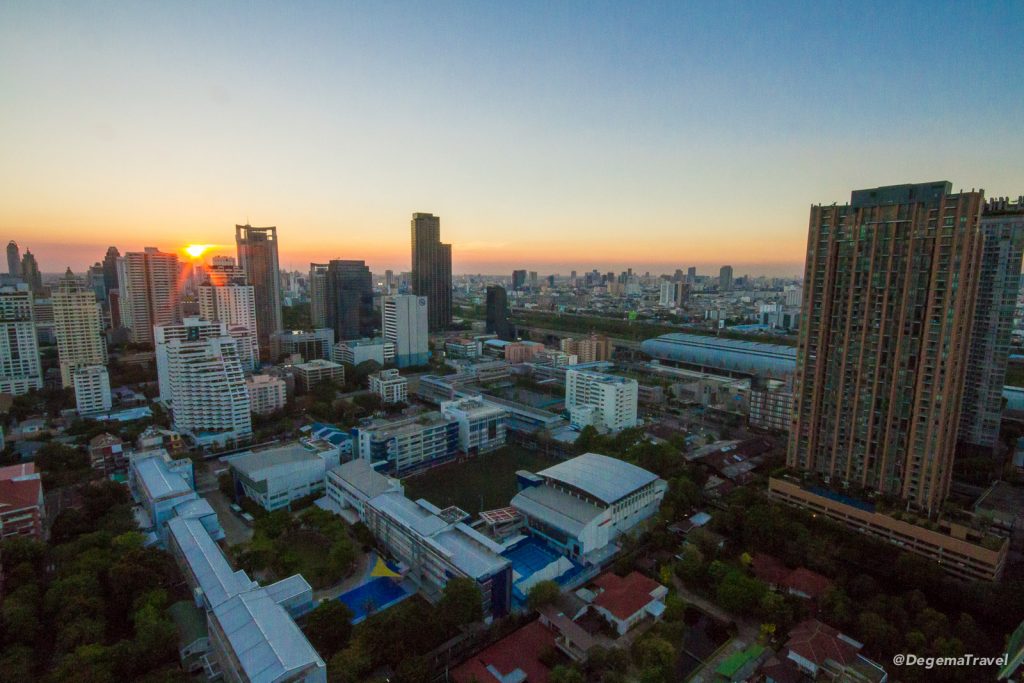 Although I left getting my Week 18 picture for my Project52 to practically the last second, I remain reasonably pleased with how it turned out, though it does highlight my need to refine and improve my editing, particularly of HDR-style photos. Since the main advantage of a Project52 over a common-or-garden Photo of the Week is the fact that it highlights weaknesses and deficiencies, that’s not really a bad thing.

The fact that I am still playing catch-up on these Project52 posts is partially down to the trip which created this image. It was the first of three consecutive long-weekend holidays which meant that, by the 22nd May, I had spent only about six full days of the month in Phuket, with the other days spread between Bangkok, Singapore and Pattaya.

This particular trip was thanks to the Coronation Day holiday on 5th May, celebrating the day in 1950 when HM King Bhumibol Adulyadej was crowned, making him now the longest-serving monarch in the world. The Thai government has a pragmatic approach to holidays and, realising that no one can do much with a day off in the middle of the week, they gave us 6th May as a bonus to create a four-day weekend.

I decided to use the time to visit a friend in Bangkok. We hung out and caught up for a couple of days, then I took a day trip to Ayutthaya – one of Thailand’s beautiful former capital cities. Its dozens of ancient temples make it a sort of Angkor Wat of Thailand and a photographer’s paradise. I’ll talk more about that later. The following day, I joined my mate in going airsofting on a Thai Army base in Bangkok. That will also be the subject of a separate post.

All of these adventures, however, occurred after my Thursday evening deadline. I therefore had a severely limited time in which to get the “sky” photo for the Project52. I had thought to take a picture out of the window of the aircraft during the flight from Phuket up to Bangkok, but these shots turned out fairly mediocre and looked pretty lame.

Fortunately, Bangkok’s striking skyline delivered the goods. My friend’s apartment in Asoke is already pretty close to the top of a 30-something-storey building and getting to the roof was just a short ride on the lift and a few flights of stairs further. We both went up there to watch the sun setting and I managed to catch this picture.

As I said in the introduction, the biggest disappointment is the editing. With such a high ISO and having to boost the shadows so much in order to get the detail in the foreground without losing too much detail in the sky, there is a hell of a lot of grain and even a fair amount of artefacting, with loads of weird patches of colour suddenly appearing where they shouldn’t be. I will need to do a bit of research to see about preventing that in future.

I was, however, pleased with the results of a recent revelation. I had seen a great .gif on Facebook which showed the different effects on light sources created by extremes of aperture. I had not previously realised that the sort of sunbeam effect shown here is created by using a very small aperture, such as f/22. As a first practical test of this theory, I was rather happy with the results. Furthermore, the “sky” itself is rather dramatic, as is the “sky”line, with various residential blocks and even the Airport Rail Link station at Phetchaburi visible on the right.

What you can’t see here, which gave us a good few giggles, was a the wealth of seemingly completely pointless helipads on the roofs of the nearby buildings. Aside from the fact that half of them were too small or in really dangerous locations or lacked any kind of landing markers, there is virtually no civil aviation in Thailand and certainly very few helicopters. We spent ages trying to figure out why these condo buildings would even bother adding them to the design when they serve pretty much no purpose. We failed to come up with a viable reason, so any suggestions are welcome!

We went on to discuss the sheer vastness of Bangkok – the fact that it seems to stretch to the horizon in every direction you look, and then for miles even beyond that; the fact that, within one sweeping glance, you can see at least hundreds of thousands, if not millions of people at a time. Both of us grew up in relatively small, quiet, isolated parts of our native countries – Darkest Yorkshire in the UK for me and somewhere in the middle of Australia for my friend – so the enormous scale of a place like Bangkok can be a little overwhelming.