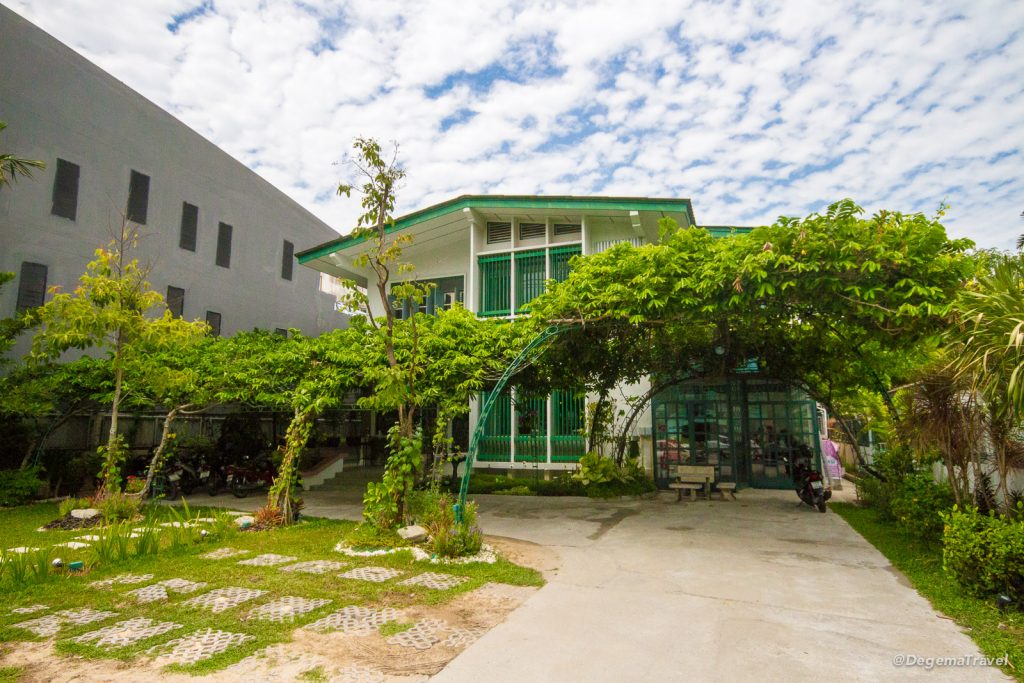 I was really displeased with Week 14 of my Project52. It is the first photo where I had to really stretch the definition further than I would ordinarily like in order to meet the specifications set by the theme. In fact, I was tempted to miss the week entirely, justifying it by saying that the picture was “hidden” from public view!

Unfortunately, it was a busy week and, in spite of a public holiday on the 6th April (which tells you how far behind I’ve fallen in writing these!), I was unable to find the time to take a good photo to really capture the essence of the theme. Truth to tell, I couldn’t even come up with a good idea.

The picture I ended up using was, like Week 13’s “technology” shot, one which I repurposed from a work assignment. I was sent to review Chomchan by One Chun Restaurant in Phuket Town, which proved to be a tasty endeavour. I obviously cannot write a full review here without risking a conflict of interest, but I will say that it was very enjoyable and is a highly recommendable place.

It is also a kind of “hidden” place. I very nearly drove right past it because the building itself is well back from the road and is “hidden” behind a large, leafy canopy. There is a sign by the side of the road for the place, but it is so small and modest that I barely noticed it until I was already passing it.

The pictures I took during the review had a little adventure of their own, which demonstrates the importance of taking great care of your photo library. I had recently transferred my Lightroom library to an external hard disk to try to prevent my old laptop from constantly overheating and taking forever to complete the simplest process. This endeavour was successful, but I failed to notice that, when importing the pictures of Chomchan, I was still doing so onto the laptop’s internal hard drive.

Noticing the new errant Masters folder on the laptop, I deleted it without a second’s thought. I then went to edit the new photos and Lightroom informed me that it couldn’t find the originals. I nearly had a heart attack! Panicking at the thought that I would have to email the restaurant’s owner and explain that, after they’d given me enough food to feed a family of four or five entirely for free, they might have to do so again because I’d stupidly deleted the images!

I got extremely lucky and was able to narrowly avoid such ignominy. Usually, I reformat my memory cards after I have offloaded photos onto my computer. This frees up the space for new pictures and prevents the card from crashing, as I have seen happen many times when people only deleted the photos without reformatting. Just this once, I had not done so and the photos were still there, ready to be imported a second time, edited and used for, among other purposes, my Project52.

As I said, I am not particularly pleased with the interpretation of the theme. The building is certain concealed, so it arguably ticks the box. However, this choice shows pretty much zero creativity or flair. It’s just a boring picture of a building behind a glorified hedge.

The actual picture, however, I am fairly pleased with. The colours and composition, while simplistic, are adequate. Perhaps I could have moved closer and shown less of the concrete drive, but that would have probably hidden more of the building behind the bushes, making the photo more artistic, but less useful. Besides which, the broken blue of the cloudy sky sets off the green of the building, the bushes and the lawn rather nicely. Even the bland building on the left helps to amplify the “hidden” effect, making this garden seem like a little hidden gem among uniformly dull buildings.