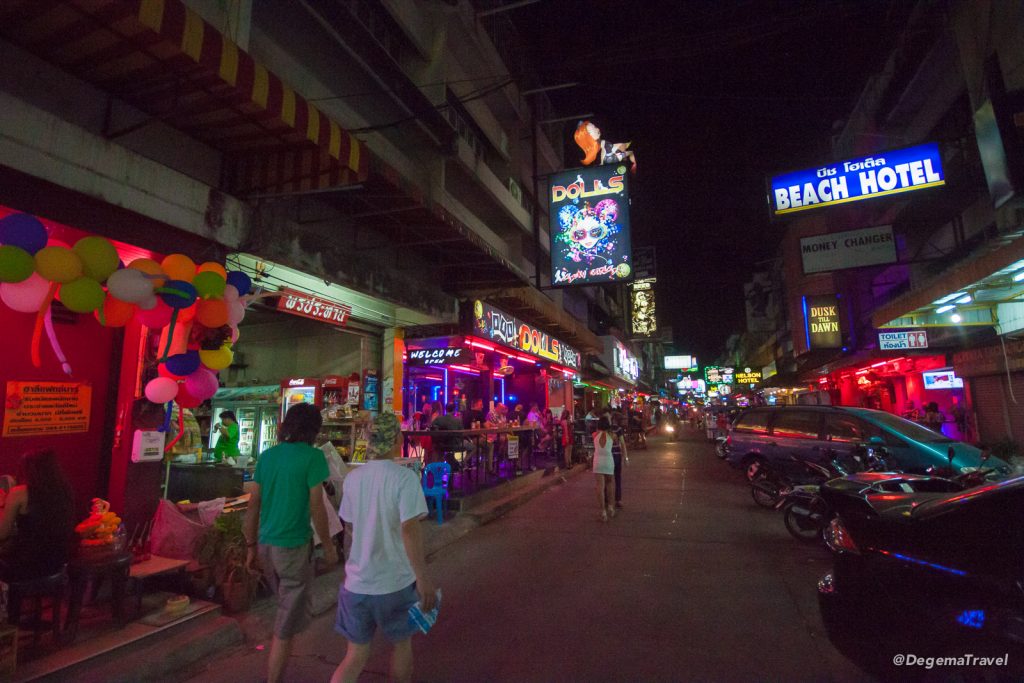 “This is the Real Pattaya”

I didn’t intend to write this article today, but I saw something on Facebook which really got up my nose. I was scanning my newsfeed when I found a video posted by the Bangkok Post – probably Thailand’s best and most prestigious English-language daily newspaper – which I decided to view, mostly because it had “#Pattaya” in the caption. That always catches my attention because I used to live there.

It was a video posted originally on LiveLeaks, purporting to have been taken by a man out for a morning walk down to the beach. The caption, in fact, reads: “Up early and out for a nice walk to the beach for a swim, very beautiful place. I will go this summer!”

For that first minute, I can’t deny, it paints Pattaya in a negative light. Almost every person the guy meets is a scantily-clad bar worker – usually a ‘ladyboy’, as they are known both locally and globally – who accosts and attempts to “seduce” (if you can call it that) our intrepid cameraman.

I’m not going to try to tell you that Pattaya is a family-friendly destination and that this never happens. It does. Pattaya has a pretty bad reputation as Asia’s sex tourism capital and, in absolute honesty, it completely deserves that reputation. The scenes shown in that video happen on a daily basis, even in the morning, in a surprising number of parts of the city.

However, I’m also not going to tell you that Pattaya is only like that. I lived there for two and a half years and I went for whole months at a time without ever being accosted by ladyboy bargirls. Bluntly, it depends on where within the city you go.

And I can tell you exactly where this guy went. I lived in that city long enough to be able to recognise most of the streets – particularly the notorious ones. The video starts in Soi 6/1, which is famous for the fact that almost every building is a bar and almost every one of them is a ladyboy bar.

The point at which I realised that this was clickbait was, as I said, at around 1:00. If you choose to watch the video, you’ll notice that he enters a different street. I also recognise this one as Soi 6 – commonly known as “Soi Half-a-Dozen” among expats (and particularly among sexpats). This, again, is quite a notorious street where very nearly every shop is a bar, with the standard-issue cheap beer, pink neon light and semi-naked women (in this case, they are mostly women).

The clickbait revelation stems from the fact that, in order to reach the point where he commences filming on Soi 6, the cameraman had to have walked all the way down Soi 6/1 to Beach Road (which, as the name suggests, is by the beach) and then back away from the beach, into the bottom end of Soi 6. This, in spite of the fact that the guy was “out for a nice walk to the beach for a swim”. You’re going to have a hard time swimming if you’re walking away from the sea, mate!

The thing which actually annoyed me about this video changed throughout the day. Firstly, I was angry at the videographer’s misrepresentation, claiming that he was going for a swim when that was clearly not his intention. He wanted to paint Pattaya in a bad light, so he went to the seediest possible part of town, got his footage, then posted it with that deceptive caption.

Next, I was annoyed at Facebook commenters. These were people who have clearly never actually been to Pattaya and are working exclusively from that aforementioned bad reputation. One, in particular, said “This is the real Pattaya”. No, mate, it isn’t. This is the real Soi 6/1. That’s just one minor side street in a pretty big city. It is such a minor street that, in the aforementioned 2.5 years, I think I only went near it about three times.

This annoyance didn’t last long. I long ago gave up bothering to read comments on news stories or caring what they say. The straw which broke the camel’s back was seeing the comments on a news story from America about an airline kicking some woman off a flight because she used her kid’s ADHD to effectively threaten passengers and crew with physical harm unless she got her way. The comments somehow got from that to the Global Zionist Conspiracy in a surprisingly short time!

Finally, I was…well, not annoyed. ‘Disappointed’ is probably the word…with the Thai media corps. Astonishingly, the “story” of this video actually got picked up by other media outlets! Is news so thin on the ground that ‘Pattaya is still a bit seedy’ constitutes a news item? Go onto YouTube, type “Pattaya Soi 6” into the search box and the first page of results will almost certainly be a lot more shocking!

Rant over. Sorry about that.