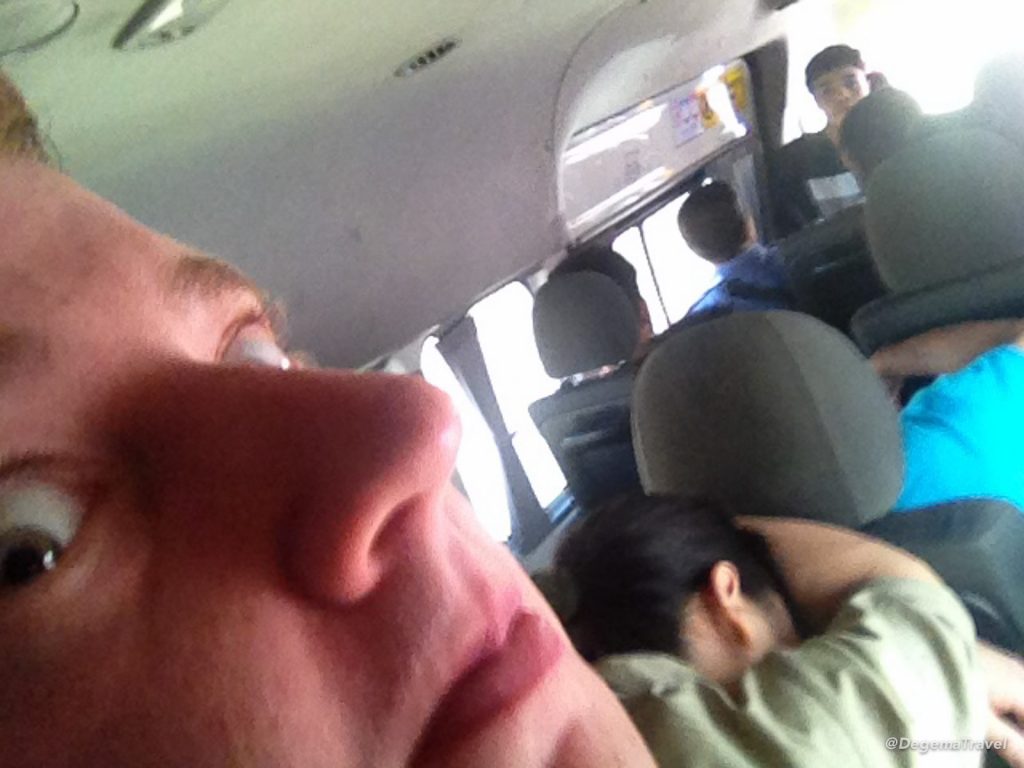 Regular readers of my Project52 posts will have noticed that I didn’t post anything for last week – Week 10. This wasn’t because I’ve been busy all week with work and special assignments and haven’t had the opportunity to post anything at all, though that is certainly accurate. It is because the theme was “Self-Portrait”. I, like most of the best photographers I’ve met, am camera shy. If I wanted to have my picture taken, I wouldn’t be hiding behind the camera! As soon as I saw that the theme for the week was to take a selfie, I immediately decided this would be the first week I skipped.

That is not to say that I have never taken a selfie. This is Thailand: “The Land of Selfies”! Plus, this is 2016 and social media has become such an integral part of our lives that no event occurs in any person’s life – no matter how insignificant – without it being immortalised in a tweet or a Facebook post. Even my mum, who previously referred to computers as the “infernal machine”, has a Facebook account. It wasn’t even something I had to convince her to get – she asked me to help her set it up!

There was one period, while I was living in Pattaya, when I would post selfies quite regularly, though with a slight twist. They weren’t my way of showing off my location, new hairstyle or duck-faced pout. They were proof that I was still alive! They were the #hellvan selfies.

For those who don’t know, one of the cheapest forms of long-distance transport around Thailand is the minivan. You can get from Pattaya to Bangkok – a distance of 147 km – in supreme discomfort for a mere 150 baht (about £3 or US$4.30) and, what’s more, you can do it surprisingly quickly if you catch the right bus. Why? Because the minivans were famous for being driven by absolute lunatics. That’s why I christened them “Hellvans”.

When I was reading the radio news in Pattaya and was researching local happenings on a daily basis, I was astonished by how often the lead story was the death or serious injury of as many as a dozen people in yet another minivan crash. It became a running joke in the studio that the three daily stories in Pattaya were a group of Indian tourists being mugged by ladyboys, an old expatriate dying in his apartment surrounded by beer bottles and someone killed or injured in a minivan crash on Sukhumvit Road. They were that common.

In fact, minivan crashes in Pattaya are so common that government officials are now considering banning them from making long-distance journeys. The story linked here says the minibus can make the 150-km journey to Pattaya in about an hour. It doesn’t take a genius to figure out the average speed they need to maintain to achieve that. Now realise that the legal speed limit in Thailand is 120 km/h for highways and 90 km/h for open roads.

I was using the hellvans to go from Pattaya to Chachoengsao – the capital of the province directly to the east of Bangkok – a journey of about 100 km. I made this journey five times and each was quite an adventure. I recorded these adventures in terrified-looking selfies posted on Instagram with the hashtag “#hellvan”. They gained quite a cult following of amused/concerned friends hoping that I would survive the trip, but enjoying my descriptions.

So, in place of Week 10’s Project52 post, I present The #Hellvan Chronicles.

The minivan driver paid about 500 baht for his good-luck garlands, the vehicle is overloaded and the two people sat to my left are in the middle of a major puking session. This doesn’t exactly fill me with confidence…

There are *two* lucky garlands hanging off the rear-view mirror, loud Thai dance music is blaring out of the stereo, we’re going about 80 km/h in the rain, tail-gating less than a metre from the car in front, the horn barely works and my knees are the crumple zones…and I’m not even sure we’re going in the right direction! It can only be ‪#‎hellvan‬

Had to change into a second ‪#‎hellvan‬ to complete the journey. This one is grossly overloaded, my knees have become practically an extra seat and the interior smells faintly of garlic, but it is otherwise relatively safe!!

Travelling at a bajillion miles per hour in the rain, honking the horn every 30 seconds and periodically slamming on the brakes. More good luck charms on the dashboard than I can count. ‪#‎hellvan‬ rides again!

I forgot to mention – the driver appears to have replaced the gear stick with what looks remarkably like a sex toy!

So overloaded that the conductor is having to stand on the doorstep, but only the one lucky charm and slightly less psychotic driving. I may survive this with only the mild concussion I just gave myself while getting out of the way to let someone else out. That’s right, it’s ‪#‎hellvan‬!

Erratic gear changes, sudden heavy braking, the left indicator is the conductress leaning out of the window and I can hear her and the driver talking about me – probably about overcharging me. ‪#‎hellvan‬ rides again!

#‎hellvan‬ swap for no obvious reason. Conductress and passenger talking about me (about three “farang”s per sentence), dangerous-looking fan right over my head, very crowded, no leg-room and I think the woman sat next to me is using a breast pump!

‪#‎hellvan‬ Number 3: So overloaded that we’re three abreast in the front seat, travelling at the standard ludicrous speed with what sounds like a racing tuned engine and a toothless Thai bloke in the back who, on hearing I was going to Pattaya, kept repeating “Walking Street boom-boom Aroi!”