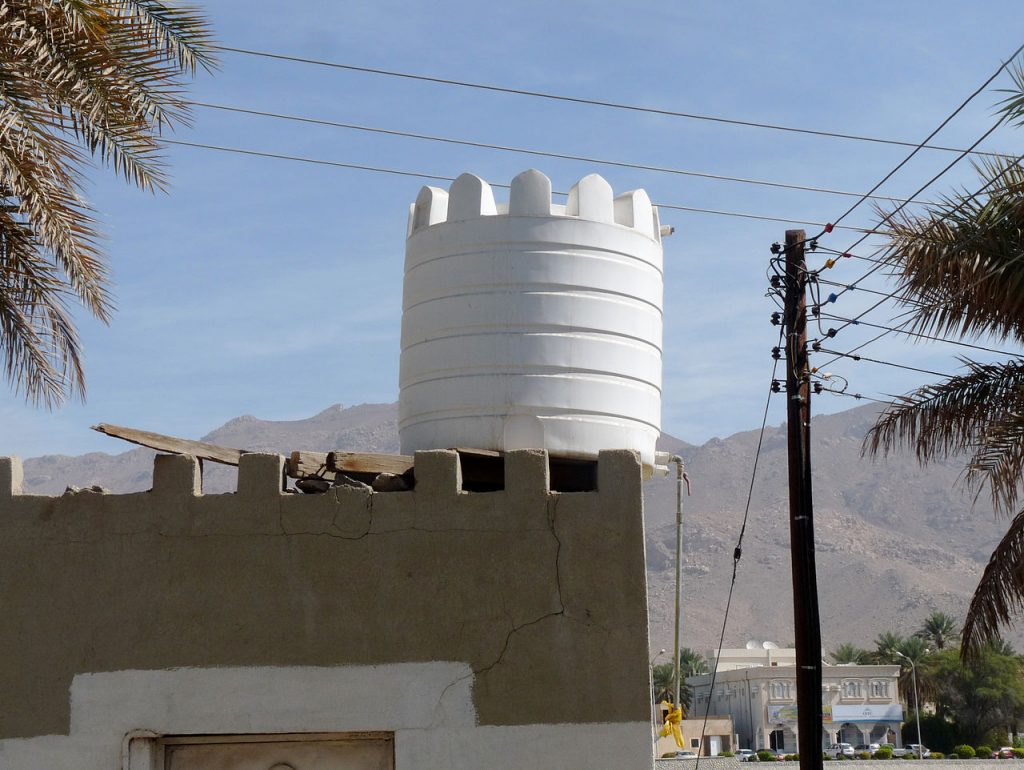 The Funny Thing About Oman…

I was talking with a friend this week about my recent blog posts, in which I told the story of my chaotic drive to a remote Omani beach, only to get buried in said beach and rescued by some passing strangers. The point he was especially puzzled by was the fact that the parting words from my saviours were: “Do you have any beer?” The reason they were asking, I explained, was that they would almost certainly find it impossible to obtain any because, being Omanis, they would not have an Alcohol License.

My friend found this hilarious and, thinking about it, it is a very funny concept. It got me to thinking about other aspects of my time living in Oman, which I accepted at the time as simple facts of my expat life, but which are actually really weird and humorous, in hindsight. Here are a few of the really notable ones.

The concept of an alcohol license made my friend laugh so much because the first thought to enter his head was something akin to a driving license – a document which proves that you are able to perform a certain skill in a safe and legal way. His comment was that the final exam must be a lot of fun!

Sadly, the reality is not quite so entertaining. The Alcohol License is a little blue booklet, slightly smaller than a passport, which is issued by the Royal Oman Police. You simply apply for it (or ask your company’s admin department to do so for you) and you get it without having to prove that you know how to consume booze. The only tricky part is deciding on your monthly alcohol allowance, which is up to a certain percentage of your salary. I never personally applied for a license, so I’m not totally sure what the limits were, but I think I recall my friends saying that 35 per cent was the most common, but there was no actual limit and you could quite easily ask for it to be as much as 80 per cent. I might be wrong on that, though.

The fact is that, for an Islamic country, alcohol was relatively easy to get hold of. Anyone could walk into a bar and order a beer or spirits or whatever; the choice of beverages was actually better there than it is here in Thailand! I even remember one occasion where I saw a local in his traditional dishdasha propping up the bar, though I’m not sure about the legality of selling to Omanis and I suspect he wasn’t really supposed to be there. The necessary hardware required to actually open a bar was extremely restrictive and included a heavy-duty safe for storing the alcohol in overnight. For this reason, almost all of the bars in Oman were in hotels.

The licence was required to buy booze from the alcohol shops – what would be called “off-licenses” in the UK or “bottle shops” in Australia. Shady little places with no windows, they had aisle upon aisle of alcoholic beverages for sale, but you needed that little blue booklet to make a purchase. The only other option was to bring booze into the country from overseas. Some creative soul had clearly spotted an excellent business opportunity and opened a duty-free shop selling only alcohol, which was itself one of those funny facts of life in Oman. The shop was in a little alcove just after passport control and just before baggage claim at the old Muscat International Airport. With the airport having been basically rebuilt from scratch recently, my favourite shop is probably gone (or, more likely, has expanded) by now.

​​One of the more peculiar sights on the Omani roads were the many speed cameras. In itself, this is not an especially remarkable thing to see by the side of a road – where else would you expect to see them? What was a little odd was the fact that they were the exact same type widely used around the UK. Given Oman’s close relationship with my home country, even that is explicable and not especially comical.

The funny part about the speed cameras was that it was common knowledge that they were not set to go off at the actual speed limit. They had all been set up to only take pictures of people travelling at least 20 km/h overthe limit. Since they were mostly placed along the main highways, where the limits were 120 km/h, this meant that you could drive around at 139.9 km/h without fear of getting fined. I’m not saying that I ever did that, nor am I going to assert that anyone else did so as I have no evidence to support that claim. I’m just going to say that it was a pretty widely known fact.

This relaxed attitude towards speeding does seem a little incongruous, given that it was also pretty common knowledge that the punishment for those caught driving in the hard shoulder was two days in prison and a 2,000 rial fine (that was about £3,200, at the time)!

Hot Water From the Cold Tap

Pretty much every building around Oman has a water tank on the roof. You can go on Google Maps and look for yourself – they were universally white and maybe a little over a square metre in size. They were stylised a little to keep with Oman’s traditional image. They looked like miniature examples of the country’s fairly ubiquitous fortresses, with little crenelations on the top and a brick-like pattern in the plastic.

The problem was that this tank was your house’s main supply of water and it would be under the baking desert sun for the whole day. Most houses used this tank to feed the cold tap while the hot tap was fed by a water heater (which was, in turn, fed from the same tank). The result was that, in the summer months, you had to make sure that you had showered before about 8am. After that time, the water coming from the cold tap was actually hotter than the water from the hot tap!

The common solution to this problem was to leave the water heater switched off and to use it as an indoor tank instead. This meant you had just about enough cold water from the hot tap to balance out the scoldingly hot water from the cold tap so that you could have a comfortable (but quick) shower.

To finish this list, I want to share a tiny fact which was not really a fact of everyday life, but came up in the course of my professional life as a journalist. I was working on a story about the fact that the Royal Air Force of Oman (RAFO) had just bought a couple of Lockheed Martin C-130J Hercules heavy-lift cargo planes. My editor told me that he would only run the story if I could get a local comment. This led to one of the most chaotic weeks of my career, which is worthy of a blog post on its own. It also meant that I had to deal with the Ministry of Defence press relations office.

The funny part? The people I was speaking to for most of that week belonged to the “Department of Moral Guidance” – how deliciously Orwellian!