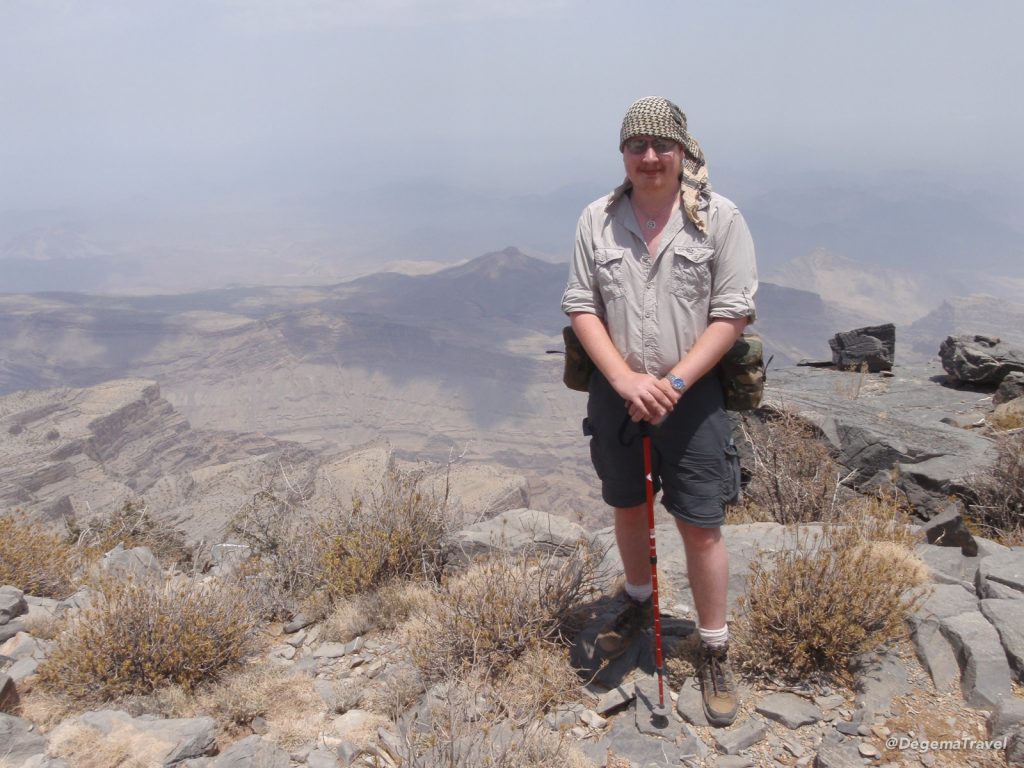 During the one of the depressing periods since I left university that I was obliged to live back in the UK, I was approached by a chugger (a “charity mugger” – one of those well-intentioned but extremely annoying individuals you see in public precincts, trying to get you to donate to one of the larger, multi-national charities. Basically, the live-action version of telemarketers) on the High Street in Leicester. I mentioned, partially in order to discourage them from further attempts to extract money from me, that I was only back in the UK because I was currently unemployed, having recently left Oman. Their response was: “Oh, really? You don’t look very tanned.”

This, sadly, is symptomatic of one of the major misconceptions about expatriates. I have often had even friends and family saying that living overseas, especially in a popular tourist destination like Thailand, must be like being on constant holiday. There are a multitude of reasons why this is absolutely wrong, which I will go into in a future post, but among the most fundamental is that I really don’t get all that much opportunity to sunbathe. As a result, I have developed the “Expat Tan”.

The Expat Tan is essentially the world’s most ludicrous tan lines. If you are a fan of the BBC TV series Sherlock – and particularly if you remember the first series and especially the first episode – you will already know something about it. You may recall Sherlock’s detailed analysis of John Watson, which started with: “Tanned face…but no tan above the wrists. You’ve been abroad but not sunbathing.” Granted, it is rather difficult to describe a soldier serving in Afghanistan as an “expatriate”, but the principle is the same. I am in Thailand primarily to work, not sunbathe.

The result of this is that surprisingly little of my body is routinely exposed to sunlight. I spend easily 80 per cent of my time indoors, either in my apartment or in an aggressively air-conditioned office. The inevitable peril of an open-plan office design is that the cooling system has to be pretty fierce to make sure that the whole room is at a comfortable temperature, meaning anyone sat directly under a vent gets the equivalent of an Arctic gale down the backs of their necks. Fortunately, I am not sat directly under the vent, but I am close enough to need to keep a warm jumper in my bottom drawer. Between this and a smart-casual dress code, I wear long trousers (usually jeans) most days, meaning that my legs are barely ever exposed to the sun.

The only part of me that is especially tanned is my forearms. Both the office dress code and my own casual wear generally includes short sleeves, so the only part of my body that receives regular doses of sunlight is the upper surface of my arms, from just above the elbow to about the second knuckle. The tan stops there because my main mode of transport is my scooter, so my finger tips are in the shade, being wrapped around the handlebars. The rest of my body is varying degrees of extremely pale.

The reason why I don’t sunbathe much is two-fold. Firstly, as I said, I am here to work. I certainly don’t get the chance to lie in the sun during the week and my weekends are generally busy enough to keep me in the shade, too. Secondly, and more significantly, I am a redhead – a ginger. As with most gingers, my natural skin tone is almost whiter than white, making me unusually susceptible to sunburn. The one exception to this is the aforementioned forearms, which are now so deeply tanned that they can survive a remarkable amount of UV radiation before they burn.

Obviously, with gingers being a very small proportion of the global population, this is not a universal expat problem and does not explain why the expat tan is such a widespread feature among my peers. It does, however, explain why I decided to write about this particular topic today. Over the weekend, I needed to drive effectively from one end of Phuket to the other in a singlet and shorts. I had just been to the gym and needed to collect my race pack for the Laguna Phuket Marathon 2017 so that I could enter the half-marathon on Sunday. This exposed my dazzlingly white shoulders, upper arms and thighs to direct sunlight during the hottest part of the day and, worse still, it was in a situation where I couldn’t feel myself burning. In fact, I was even a little chilly as I drove around at considerable speed. It was only once I had collected the pack and got home that I realised just how tender those parts of my body had become and how vividly pink they now were.

This is far from the first time I’ve made such a mistake. When I was in Oman, I went hiking in the mountainous interior with a group of other expats. They provided some super-powered sunscreen called Riemann P20 (which is fantastic, incidentally. I now absolutely swear by the stuff because it is so strong that you need only apply it once per day) to protect any exposed skin. I was wearing a pair of outdoors trousers with zip-off legs and, shortly after our hike began (and long after I’d applied the P20 to whatever skin was exposed at the time), I zipped off the legs and my trousers became shorts. Naturally, this meant that I ended the walk with bright red legs, with the skin behind my knees being especially sore. I mentioned this on Facebook that evening and came into work the next morning to find one of my friends had left an entire branch from her potted Aloe vera plant on my desk to help with the pain! The point, however, is that I hadn’t thought twice about the trousers or the sunscreen. As an expat, I almost always wear trousers and I virtually never wear sunscreen.

I should mention, at this point, that I do not advocate travelling without sunscreen. Since that incident in Oman, I always keep a supply of P20 with me, in case I find myself outside for a protracted period in bright sunlight. However, given that 80 to 90 per cent of my day is spent indoors and I’m usually wearing long, warm clothes because of the cold office, I do not apply sunscreen on a daily basis. Few expats do, because most, like me, do not work outdoors for long periods and those that do usually wear clothes which cover most of their skin.

Every now and again, when really needing to relax, an expat will take a day off. They’ll set one day of the weekend aside and go play the tourist, lazing on the beach or around the pool all day. On those days, they will naturally apply sunscreen all over. If they’re walking around town, then maybe they’ll manage to get a bit of a tan on their legs, below the edges of their shorts. If they actually go as far as sunbathing, they might even catch some sun on their chests and backs. This means that the expat tan is very patchy and, for me (as a not-very-fashion-conscious male), looks as follows:

I am not supported or sponsored by Riemann. I do not know and am not in contact with anyone from that company. My endorsement of their product is entirely a personal recommendation.