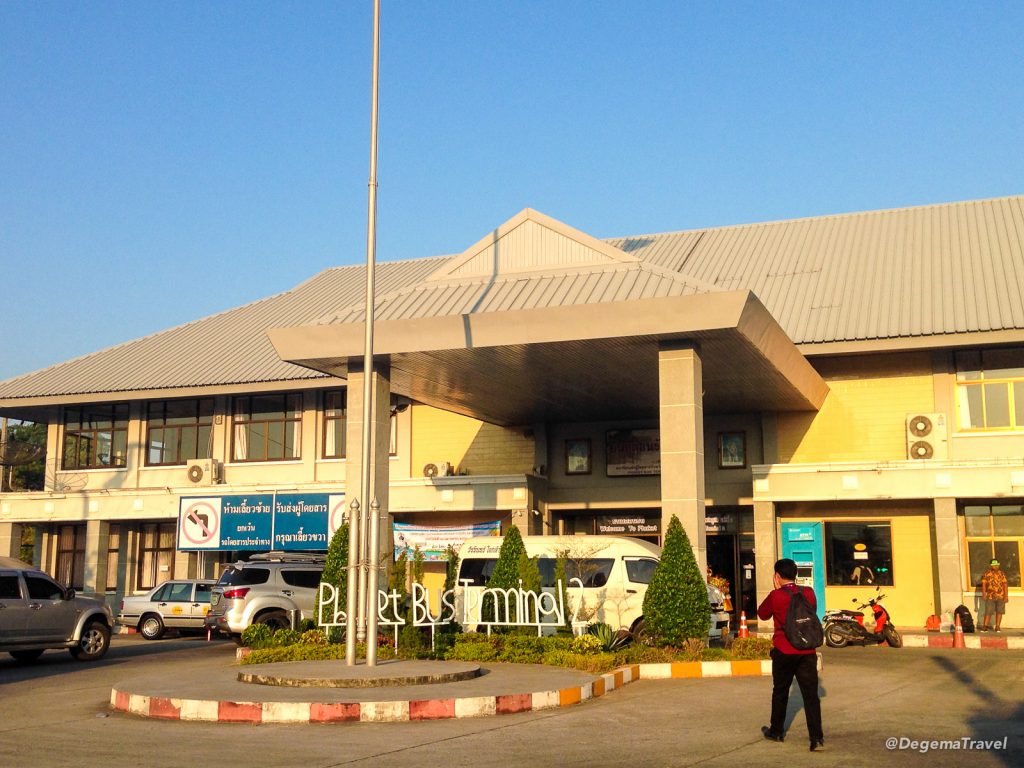 As I write this article, I am on the bus bound for Hua Hin on the first leg of my Songkran travels. It’s a 10-hour journey, so I have plenty of time to get to work on the task of turning this blog back to the travel theme it was intended to have, instead of the photography journal it seems to have become!

Those who have been following this blog from the start (whose support, patience and tenacity I appreciate enormously) will know that this is not my first trip of the year. Within a handful of posts of starting, I was on my way to Koh Samui for a week. However, that was a work’s trip and, to avoid a potential conflict of interests, I cannot write too much about it. This trip, however, is entirely self-funded and in my own time, making it fair game.

The plan is rather a loose one and only really came together within the last week or so. I had a couple of points on the map I wanted to tick off and this seemed like a good opportunity to do so. As already stated, leg one takes me from Phuket to Hua Hin, where I will stay for a couple of days before going on to Bangkok and finally to Pattaya before returning home to Phuket by air.

The reason for visiting Hua Hin is two-fold. Firstly, I came across a stunning image from Khao Sam Roi Yot National Park on Wikipedia and I would very much like to recreate that picture myself. Additionally, there is a Thai model who lives in the city – Rina – who I have wanted to meet for some time. Without my full camera gear with me, I won’t be able to shoot her, but it would be nice to finally put a voice to the face I’ve been following and intermittently chatting with on Facebook.

I will be in Bangkok for the Songkran festival itself. The top destinations for this famous water festival are Chiang Mai (which is the wettest), Pattaya (which is the longest) and Bangkok (which is the craziest). I’ve “played Songkran” (as they say in Thailand) once on Koh Phi Phi, twice in Pattaya and once in Chiang Mai, but never in Bangkok. This is my chance to tick that off!

Finally, I’m going back to Pattaya. Aside from the obvious opportunity to catch up with old friends and family, I will be going to the wedding of Jasica – the Thai model I shot along with Becca a couple of months ago. I had wanted to include a day in Ayutthaya in the trip, but having only a week available, I didn’t want to try to fit too much in and stress myself out. After all, it’s not like the place is going anywhere – I can come back to it another time.

This multifaceted plan presented me with quite a challenge when it came to packing. I wanted to travel light for the sake of ease, keeping only to carry-on luggage (as it will be for the flight home). However, I needed to pack for exploring a national park, celebrating Songkran and attending a wedding!

Here you see everything I’ve brought with me, with the exception of my laptop, which will be carried in a separate (and hopefully waterproof) bag. It includes:

Using a rolling technique I picked up off a slideshow from the New York Times, showcasing an American cabin crewwoman’s blog, I fitted it all into a standard, fairly cheap day pack. I could even have squeezed in my laptop, but it would have been awkward and inconvenient.

So, with my luggage easily packed into carry-on-size containers, the question becomes ‘why the bus?’ The answer to that is rather a tricky one. Honestly, I’m not actually sure. It is certainly significantly cheaper, costing only 590 baht compared to about 1,500 baht to get to Bangkok and then an additional 200-ish baht to Hua Hin by bus from there. It is considerably slower and more uncomfortable, however, and it’s not like I couldn’t have afforded the flight.

The honest answer is that I liked the idea of a ‘round trip’. This journey will take me all the way up the long western panhandle of Thailand, around the top of the Gulf of Thailand and down the eastern seaboard, moving always in the same direction. In fact, if I manage to book a flight home out of U-Tapao Pattaya-Rayong International Airport (UTP), the whole journey will be one long loop. However, that is quite unlikely at this late stage and it is vastly more likely that I’ll be flying out of Bangkok.

It’s a silly reason, really, but I am prone to bouts of silliness when it comes to travelling. It’s a part of what makes it more interesting. Besides, it’s a new and interesting experience.

With a Little Help from my Friends

Of course, actually booking the bus would have been nigh-impossible were it not for my friend at Traveliss.com. The bus company (busphuket.net) does not have a proper English-language website and their staff deal with foreigners so infrequently that they managed to confuse my name even when my Thai friend handled it. For a moment, they thought that “Mr Bean” would be travelling with them! They were a little disappointed to find it was actually “Mr Ben”.

Anyway, we’re just crossing Sarasin Bridge onto mainland Thailand and it is time for me to attempt to relax and get some sleep, which will be a challenge with Thai pop music loudly blaring out of the speakers just above my head and the air-conditioning on full-blast. I’ve got a blanket, a pillow, a bottle of water (plus two more I bought myself) and a small chocolate muffin to help me.

Fortunately – either by luck or through the actions of my friend, Khun Jiew (Traveliss.com) – I have probably the best seat on the upper deck of this rather comfortable, spacious bus. Seat 40 has tons of legroom because it is next to the emergency exit. It is also the off-side window seat (I prefer window seats, for reasons I will go into some other time) and right at the back, so I can recline my seat without fear of disrupting someone else (I’m British, so that is naturally a huge concern for me!).

Here’s hoping we don’t get wiped out by a train, as happened recently in Nakhon Pathom!

Khun Jiew – Founder and CEO of Traveliss – is a good friend and a client of my content writing services. However, I got no special deal, discount or payment for mentioning her here. I did so only because she was a major help to getting this trip rolling.