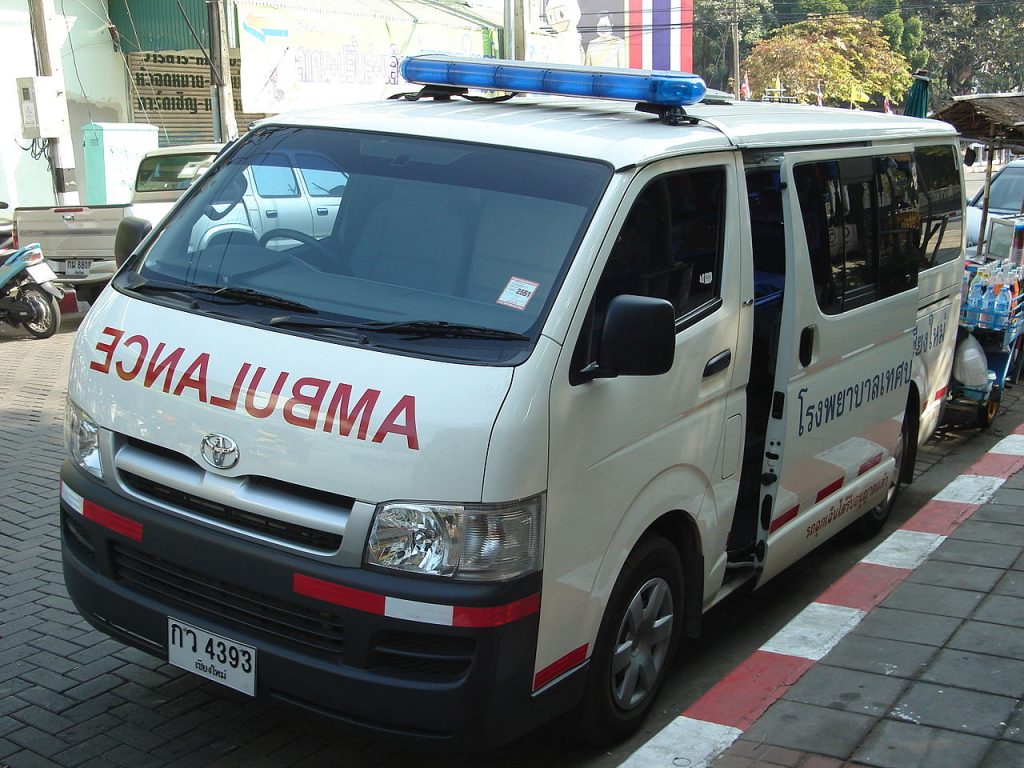 Some Grim Realities of Expat Life

A regular frustration for a lot of expats, myself included, is the belief among friends and family back home that we’re basically on some kind of extended holiday. It’s an understandable assumption, of course. Their only experience of, for example, Thailand will be a couple of weeks lazing on a beach, drinking cheap beer. If that’s your only frame of reference, of course your assumption would be that life here is a lot like that.

I’ve touched on this subject once before, in my post about The Expat Tan. Patchy skin colouring is hardly life-threatening, though. I had a rather morbid reminder of some of the grimmer realities of life overseas yesterday, which is why this post is coming out a day later than my usual schedule. I had my first day of sick leave for several years. It wasn’t a major malady – enough to put me out of action for about 20 hours, but not enough to cause lasting harm. However, it did remind me of just how difficult and potentially perilous life in Thailand can theoretically be.

The fact is that those of us living overseas face exactly the same challenges as those living in their home country, but with added complications. To put it into perspective, I’ll address the only two absolute certainties in life: death and taxes.

Okay, so I admit that I’m being a bit hyperbolic with that sub-heading. I’m not exactly saying that I face death on a daily basis any more than the average Briton does, though driving in Thailand is considerably more dangerous than it is in the UK, as I detailed in a previous post. In fact, since that post was written, Thailand’s roads have been upgraded to the most deadly in the world (rather than the second most deadly, as they were two years ago). However, the risk of serious injury or illness and how I would handle such a situation here is significantly different.

I’ve been lucky, with my two serious road accidents in Thailand, that there were locals on hand to call medical services for me. However, the situation I was in yesterday was more of a problem. I was alone in my apartment. What if that had not been just a minor ailment? What if that had been something serious, debilitating and potentially life-threatening? How would I get myself to hospital?

In the UK, I’d call 999, request an ambulance and, at the very least, give my postcode. Based on that alone, emergency medical services would be able to reach me within a relatively short time. Thailand doesn’t have a unified number for the emergency services, so I’d first have to remember which of the many possible numbers would give me the [volunteer] ambulance service (the correct answer is 1554, though 191 or 1669 would theoretically work). I’d then have to try to explain to an operator who may or may not speak much English that I need medical care. Finally, I would have to try to explain where I live.

Thailand doesn’t have accurate post codes like the UK. In the event of an emergency, I’d have to try to explain which street I’m on. The only problem there is that my street doesn’t even have a name! I’ve had pizza deliveries go astray before, so imagine how difficult it would be, in a high-pressure situation, to get an ambulance to the right address.

In the UK, we have the National Health Service. People rag on it all of the time and even I agree that it is seriously underfunded and restricted by endless barriers of bureaucracy. However, having lived outside of the UK for the better part of nine years, I have learnt to appreciate it and all that it stands for very much.

Thailand, like a lot of the world, has a mostly privatised healthcare industry. I am very fortunate that my current employers provide extensive medical insurance. My previous employers didn’t, so I am even more fortunate that I was never seriously ill or injured while I worked for them!

When I had my big motorbike crash in Phuket (the Meat grinder incident), I asked to be taken to the Emergency & Trauma Center of Bangkok Hospital Phuket. While I was laying there on the gurney, doctors and nurses inspecting my shredded ankle, an administrator came up and asked for my medical insurance card and passport. I dare say they would not have continued treating me had I been unable to produce both.

The moral of the story? Make sure you have good travel insurance and that you keep the policy card on you at all times in Thailand!

I have been fortunate that, for most of my time overseas, my employers have handled my taxes. However, over the last three years, it has been my own responsibility to ensure that they are paid correctly. This only happens once a year, around the end of March, so remembering the process from one year to the next is quite a challenge.

You think filing your taxes at home is hard? Now try doing it in a system you don’t understand, where every form is written in a language you can’t read and virtually no one at the tax office speaks English. Yes, that’s my fault for not learning Thai. No, that fact doesn’t make it any easier.

The fact that I am unmarried and have no dependents makes my task a little simpler. I have no extra numbers to add up and include, though it also means I get no rebates. As far as I can tell, all I need to do is copy the numbers from the PND91 sampler I get in the post onto a fresh PND91 form like those shown above, add my address and phone number to the top and hand it over with photocopies of my passport and work permit. Why do I have to duplicate information the tax office already had? I have absolutely no idea and I’m not in any rush to ask. So long as I don’t owe the government any money, I’m happy.

It’s worth noting, at this point, that I have absolutely no voting rights in Thailand. I’m not saying I want them or deserve them – I’m merely highlighting their absence. I pay my taxes, by I have no voice in local affairs which will directly impact my life. I have, as the saying goes, “taxation without representation”.

So, do you still think expat life is one big holiday?