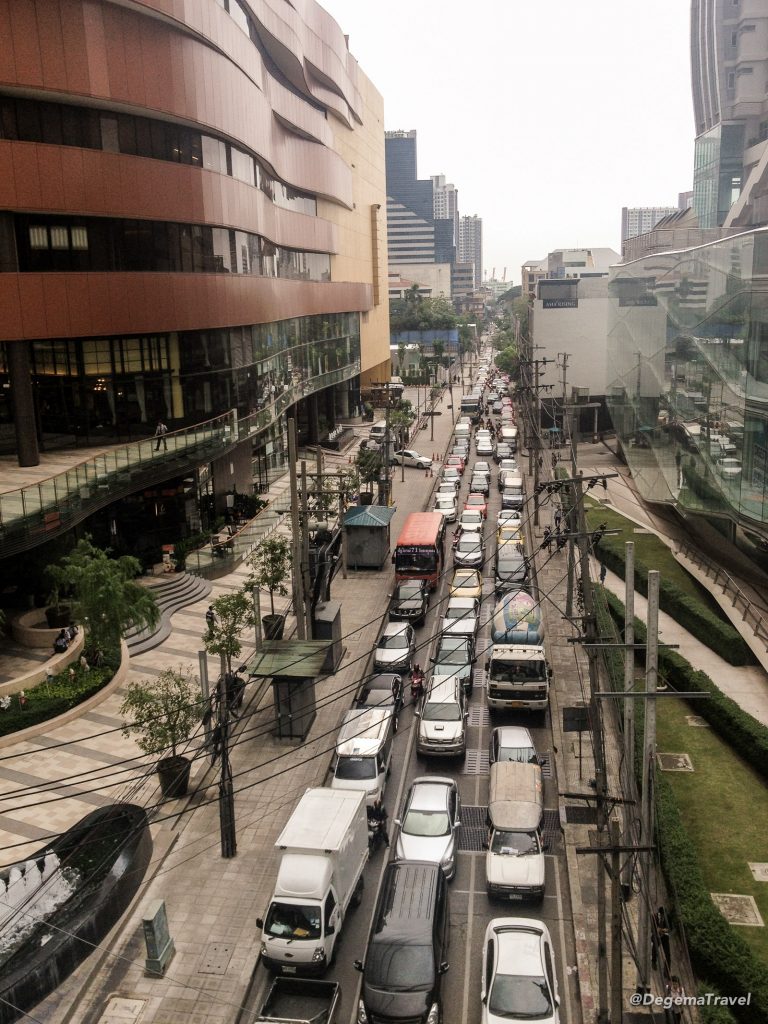 Remembering Why I Love Thai People – The Hard Way (Part 2)

We return to the sorry story of the complete mess I made of a very simple journey, which we started in the last part. Having made the idiotic mistake of leaving my passport at home and not realising until I’d just arrived at the airport, I was now well behind schedule for the rest of my planned journey to Kanchanaburi for an airsoft event. Last time, we concluded with a slightly bumpy landing at Bangkok’s Don Muang International Airport. The story continues…

The next actual problem was doing my little bit of shopping. I had a specific airsoft shop in mind – FireFly Trading – but their Facebook page says they close at 7pm. By the time I’d collected my luggage, it was already 6pm.

The original plan was to take it slow – get the airport bus into town, maybe a taxi to the shop and then another to the bus station for the ride to Kanchanaburi. Now I had less than an hour to get through rush-hour traffic to a destination which Google Maps was telling me was about 40 minutes away. Reluctantly, I approached one of the limousine companies in the arrivals hall.

I ordinarily wouldn’t go near such companies. They are ludicrously overpriced and deceptive, passing themselves off as taxi companies, despite the fact that they cost easily twice the price of a metered taxi. However, the taxi rank at Don Muang Airport is very badly organised and I didn’t have the time to walk all the way there and then wait an hour for a cab.

I was amazingly fortunate in the driver I was randomly assigned again. A lovely old guy, he had Oown’s devotion to his passengers and the security guy’s determination to have a conversation. He kept nattering away in Thai and broken English and, while I understood bits of what he said, my replies were decidedly limited.

The Nick of Time?

By some kind of a minor miracle, we got to FireFly at exactly 7pm. Even with the driver taking a short cut, the rush hour traffic had been horrific and had extended the 40-minute ride into nearly an hour. I had burned up most of my phone battery, periodically checking Google Maps for estimates on our ETA. Each time I did, the estimate was the same – that I would arrive just as the shop was closing.

I paid the 800 baht I owed (for a ride which, while it had taken as long, was a mere 20 km compared to the 35 km Oown had taken me for 100 baht less) and literally ran up four flights of stairs, carrying a 12 kg gun case and my backpack. The shop was open. In fact, they were dealing with a customer making quite a big order, so were certainly not in any rush to close. Between gulping down air, I explained what I was looking for and they brought it out for me, but not until they’d given me a bottle of water to help me recover. Another small but thoughtful gesture.

The Bus to Kanchanaburi

The final step was to get to the bus station before the final departure. My time buffer was a little more generous, but I still didn’t want to dally. I grabbed a metered taxi, the driver of which refused to turn on the meter. By this point, I couldn’t be bothered to argue, so accepted the offered rate of 250 baht. We arrived safely at Sai Tai Mai (also known as Bangkok Southern Bus Terminal) and I immediately asked if the driver was sure that this was the right place. It looked more like a ramshackle old shopping mall than a bus terminal. He insisted, so I got out.

Sure enough, I found a large area of ticket counters on the third floor. I approached the first counter to ask where I should buy a ticket to Kanchanaburi. The jolly lady there quoted the price of 806 baht, which surprised me. I’ve taken the bus from Kanchanaburi to Bangkok before and it only cost about 150 baht. I told the lady this and she laughed. I told her I’d go and look around for other companies.

​​A little further on, I found a middle-aged Thai lady, who told me to go to bus stop #10 and buy my ticket at or on the bus. I went down the two floors to ground level, found the number 10 and immediately turned around and headed back up to the ticket counters. The bus stop had been served by minivans – what I call “hellvans” because of the discomfort and danger involved in riding them. I’d rather walk than take a minivan.

I went back to the jolly lady from before and told her she’d won and that I wanted one ticket for Kanchanaburi. She looked perplexed. It turned out she’d thought I wanted to go to Koh Samui and she burst out laughing again. I asked her where I should look for the right bus and she directed me back to where the middle-aged lady was. I asked at the information counter and the lady there gave basically the same directions, but added that the counter is around the back of the station.

The information counter lady’s English was pretty rough and her description of which corner to take was impossible to follow. I’m almost certain that she tried to tell me to turn both right and left at the same time. I got lost and had to ask for further directions. One guy told me to keep walking straight, then seemed to point up. I’d already been up and down the building twice and didn’t want to make it a third time, but he gestured more vigorously and I finally understood that he meant I should keep walking through the building, not up it. Finally, a lot of time later and much more money spent than planned, I reached bus stop #10 and boarded the bus to Kanchanaburi.

The rest of the tale is disappointingly mundane, other than the motorbike taxi in Kanchanaburi who rather bravely volunteered to take me nearly 10 km on his bike while carrying a gun case (for only 100 baht, too!). The airsoft event was a blast and well worth the arduous journey, but I won’t go into detail about it here since it’s a fairly niche sport. The journey home was a breeze and hardly worth mentioning.

The entire fiasco detailed over the last two posts was purely of my own creation and all spawned from my over-confidence and stupidity in not properly checking that I was carrying everything I needed. However, the kindness of the Thais I met along the way made it such a rewarding experience. With the exception of the one taxi driver who refused to use the meter, each was friendly and talkative, even when I barely understood what they were talking about. The Thai people fully deserve their wonderful reputation, and I was vividly reminded why I am so fortunate to live among them.