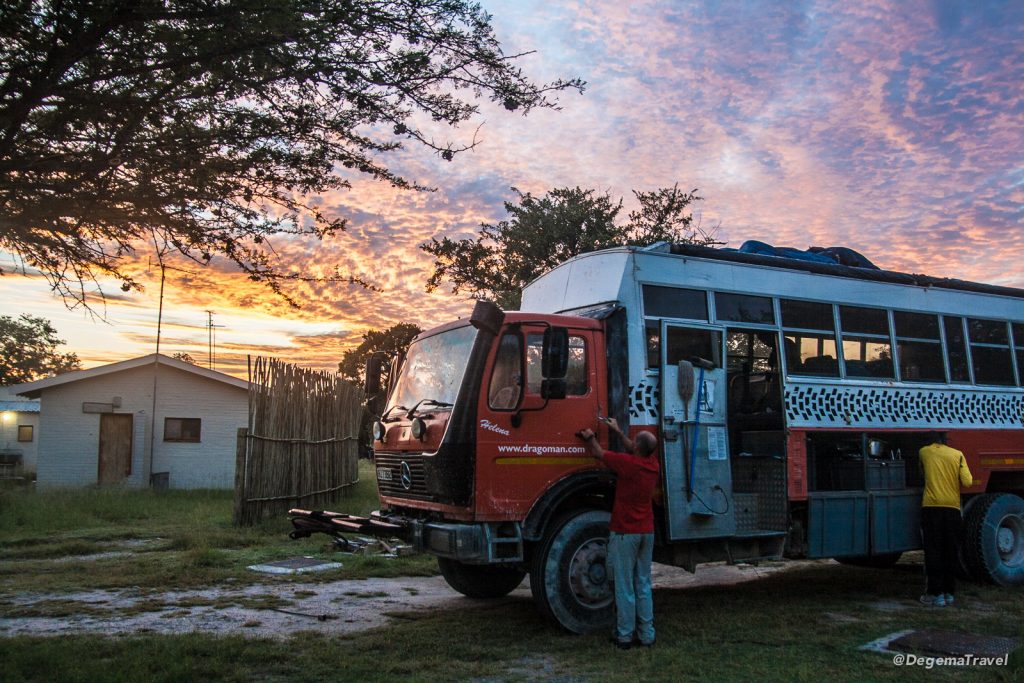 Friends who have heard a good number of my travel stories have commented that the majority start with one of two introductions. The first was “when I was in Oman…” because this was such a significant and formative episode of my life. This was later joined by “when I was in Africa…”.

Immediately after completing my two-year contract in the sultanate, I found myself with a lot of left-over money and a lot of time on my hands. In hindsight, it was perhaps foolish of me to immediately spend the overwhelming majority of that excess money on a 45-day overlanding trip around southern Africa, starting from South Africa and ending in Kenya, when I had no future employment on the horizon. However, that month-and-a-half-long trip ended up being just as significant and formative as the two years which preceded it. In that regard, it was money well spent.

The How and the Why

I wish I could claim that the 45-day excursion was something I personally organised, planning it in intricate detail and using local transport to get me from place to place. However, I was only 23 years old, at the time, and as naïve as they come (cringe-inducingly so, but I suppose we all must go through such embarrassments to become fully rounded individuals, self-aware enough to cringe at our past selves). Therefore, I left such organisation to a tour company – Dragoman.

This particular company specialises in overland tours. Their iconic orange-and-white trucks (they take great umbrage if you call them buses) criss-cross most of the world’s continents on long-distance voyages. The inspiration for using this particular company came from a travel companion I met on a previous trip along the fjords of Norway – a trip which will be subject of its own series of posts on this blog some time in the future. Lynne told me all about her journey from Alaska to Tierra del Fuego with them, going right down the length of the Americas. She even showed me a video of much of the trip which, even at six hours long, made quite compelling viewing.

Despite a warning that Dragoman’s Africa trips were much more about partying than sightseeing – and as much as that thought did not appeal to me since I’ve never been a particularly heavy drinker and, at that time, didn’t even like beer – I chose the Cape Town to Nairobi tour. My reasoning was two-fold: Firstly, it was the longest trip within my price range, and secondly, it was strongly reminiscent of one of my favourite stories from my time in Oman – that of Ian and Nikki Fotheringham, who drove a 1981 Land Cruiser from South Africa to Djibouti. It’s a story which I will retell on this blog at a later date.

To say that this trip was life-changing would be putting it extremely mildly. I crossed eight different countries, travelled approximately 4,500 miles, experienced five safaris and took somewhere in the region of 3,000 photographs. I’m hoping to share that story with you on a day-by-day basis, covering each of the 45 days in as much detail as my memory and diaries of the time can offer. However, there is a lot of back-story to start with, including an introduction to the characters in this epic drama.

I did not take this journey alone. There were three Dragoman crew looking after a total of eight passengers, if you include me in the count. Since this was roughly half of the truck’s total capacity, this at least meant that we were relatively comfortable on the long drives between destinations. Each of these 10 other people played a role in making me the person I am today. For that, I am eternally grateful to each of them.

The Dragoman team consisted of a tour leader, a co-leader (mostly a driver/mechanic, but they generally help out the tour leader, too) and a chef. My friend Lynne told me that her trip across the Americas did not include a chef but, with the added risk and difficulty of food shopping around Africa and the general leaning towards partying, the Africa trips include the services of a local to buy and prepare provisions.

On my trip, the tour leader was a Spaniard named Gino [in the red]. A fun and lively soul, he had a particular passion for entomology and took delight in finding and showing us insects. He also had a remarkable talent for whistling and could recreate an impressive range of bird calls.

The co-leader was Jase [not pictured], who had a broad grin, an impish sense of humour and the words “Your Name” tattooed on his buttock – which tells you exactly what kind of sense of humour he had, if nothing else! He said that he had decided to go travelling when he was 18 and had just never stopped. In 2011, when I was travelling with him, he was about 40.

The chef was Dougie [in the yellow], who was an absolute genius with the simplistic gas stove setup available to him. He was a friendly Zimbabwean who, like the others, had a keen sense of humour and a casual demeanour, as well as a good few years of restaurant experience behind him.

Among those of us along for the ride, only two were male and the other six were female. Between us, we covered a broad spectrum of ages, nationalities and personalities. A lot of the trip involved quite personal experiences and, out of respect for their privacy, I’m going to avoid the especially personal ones as much as possible, and will only refer to my travelling companions by their first names:

Tom [far left, in the black and patterned hoodie] was a half-Australian and half-Dutch student, and the only other guy on the trip. He was even younger than me, making him the youngest among us.

Sandra [centre, in the red top] was a Canadian lab technologist, and the oldest among our number. While mostly quite quiet throughout the journey, she had a sort of motherly influence on all of us, which was very much appreciated.

Cara [left of Sandra, in a solid black hoodie] is Sandra’s daughter (so naturally is also Canadian) and was a maternity nurse. She was a bit a fitness fanatic and led much of the group in yoga, as well as occasionally disappearing to go running.

Zeynep [third from the right, in the green top] was a Kurdish Turk, who had grown up in England, and she is now a literal rocket scientist. At the time, she was still a PhD student studying physics, but she graduated shortly after the journey and went on to join SpaceX.

Emily [not pictured] was a middle-aged Englishwoman who had recently left her job as an HR manager and was looking for something new. After our 45-day trip together, she would go on to do a couple more weeks in Africa, then go backpacking around Asia.

Emma[between Cara and Tom] was also a middle-aged Englishwoman, but a dentist. If I’m being brutally honest, I didn’t really speak to her that much, so I don’t know that much about her. It’s not that she wasn’t likeable; we just failed to interact.

Sara[behind me, on the bonnet of the jeep] was a student from Denmark, who joined us at the halfway point of the trip, in Victoria Falls, Zimbabwe. She had been teaching for some time in southern Africa somewhere (I forget exactly where) and, to the best of my knowledge, she’s still there even now.

With the introductions over, the journey will begin in my next post. Act 1, Scene 1: Cape Town, South Africa…