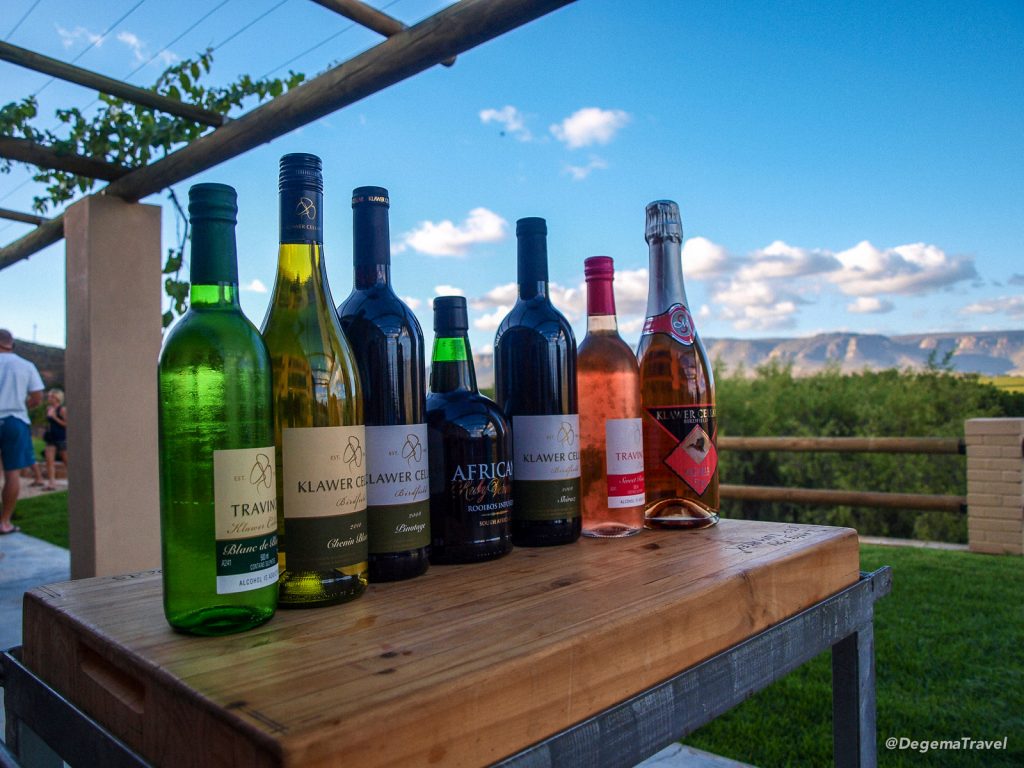 My second day in Africa started pretty much like most of my days do. I am not, by nature, a morning person. However, I was significantly more awake and alert than most of my travel companions, who had clearly enjoyed their night of partying in Cape Town.

In the morning, we were introduced to Helena – our faithful companion for most of the next month an a half. She was once a Mercedes-Benz lorry, but she’d had a large passenger compartment and several storage bays bolted onto her. Despite looking very much like a bus (especially with a bright orange paint-job), our tour leaders made it very clear that we were absolutely not to call her such. “She’s a truck,” they insisted. I wasn’t about to argue.

At this stage, it was also made clear to us that our journey was not exactly a holiday. We couldn’t expect three people to take care of the truck and seven passengers – we would each need to carry some of the burden. In my case, it was literally carrying burdens. I wasn’t particularly muscular at the time, but I was practically Charles Atlas in comparison to the only other male passenger, Tom. As such, I was given responsibility for fire and water.

To be more accurate, I was responsible for our store of firewood for bonfires. I didn’t have to go and chop down trees or anything – the wood was bought at local markets and paid for from our overall supply of funds. However, my role was firstly to get it in and out of the storage basket on the back of the truck and then to keep track of our supply and inform the tour leaders when we were running short. The basket was nearly 3 metres up from ground level, so there are no prizes for guessing which was the harder part of this task!

My second responsibility was more onerous. The truck had a large tank of water on board, which was chemically treated to make it safe to drink. Some said they didn’t like the taste, but I didn’t mind it. However, the supply was extremely limited and strictly for cooking and drinking only. For washing dishes and bodies, we had four 20-litre jerrycans of grey water in a rack by the back left tire. It was my job to ensure that they were never empty. Given that we used this supply almost every day, this was no small task.

We departed from Cape Town at about noon, heading north for our first campsite. Already, we were passing some stunning scenery, though I wasn’t paying that much attention to it. One of my fellow passengers – Emily – had decided to make the effort to come and talk to me. I’m very glad that she did because I’m not the most extroverted of souls at the best of times and there was a very real risk of me being an outside for the rest of the trip. She said herself that she was very happy to find that I was not some kind of a weird loner and accepted my reason for not joining the rest of the group on the night out.

At about 5pm, we reached our destination: Highlanders Campsite and Lodge. The first task was for us to practise putting up our tents. We were split into pairs (and one group of three) and, predictably, I was put with Tom. Gino and Jason – our tour leaders – seemed to get a bit exasperated with us as we all made a pig’s breakfast of our first attempts but, to be fair, it’s not exactly rocket science. Interestingly, I was given an almost identical tent in Thailand in 2017 and, nearly a decade on, I hadn’t forgotten how to set it up.

Highlanders is also a vineyard, producing quite an impressive selection of red, white and rosé wines, among other beverages. They contribute grapes to the Klawer Wine Cellars which, I later discovered, is labelled as Kumala for export to the UK. As part of the trip, we were invited to try six of the vineyard’s tipples. The traditional spit bucket was placed in the middle of the table, but the owner of Highlanders – Sparky – said that he’s never yet seen anyone use it. We didn’t, either.

We were joined by a second tour group. Somewhat emboldened by Sparky’s extremely fine vintages, I engaged the guy sat next to me in conversation. He seemed to have some Indian heritage in him, so I asked him what part of India he hailed from. He informed me that he was born in Birmingham and a little part of me died. The first words out of my head and I’d come off as extremely racist.

I hurriedly explained that I’d just come from two years working in Oman, where 90 per cent of my colleagues were Indian expats, mostly from Kerala. He seemed mollified enough to continue talking to me and I even have a note in my journal that says that I’d intended to give him my contact details. There’s also a note saying that I was glad I didn’t because the guy had made some disparaging remark about a transgender friend of Emily’s, so I at least feel a little less bad about my presumption!

Another result of the boozy emboldenment was that the majority of our group ended up in the small swimming pool at Highlanders. I’d dipped a toe in it earlier and found it to be absolutely freezing, as you’d expect of a small body of water in near constant shade, in the autumn. However, with our blood infused with alcohol, the cold simply didn’t bother us and we all jumped in, taking stupid underwater photos on my little action camera and laughing ourselves silly. We went to sleep at about 1am.

The note in my journal for this day reads: “There is almost too much to say. I don’t remember the last time I’ve seen the stars so bright, the last time I’ve drunk so much, laughed so hard and been so happy to be alive. Any reservations I had about our group are gone.”