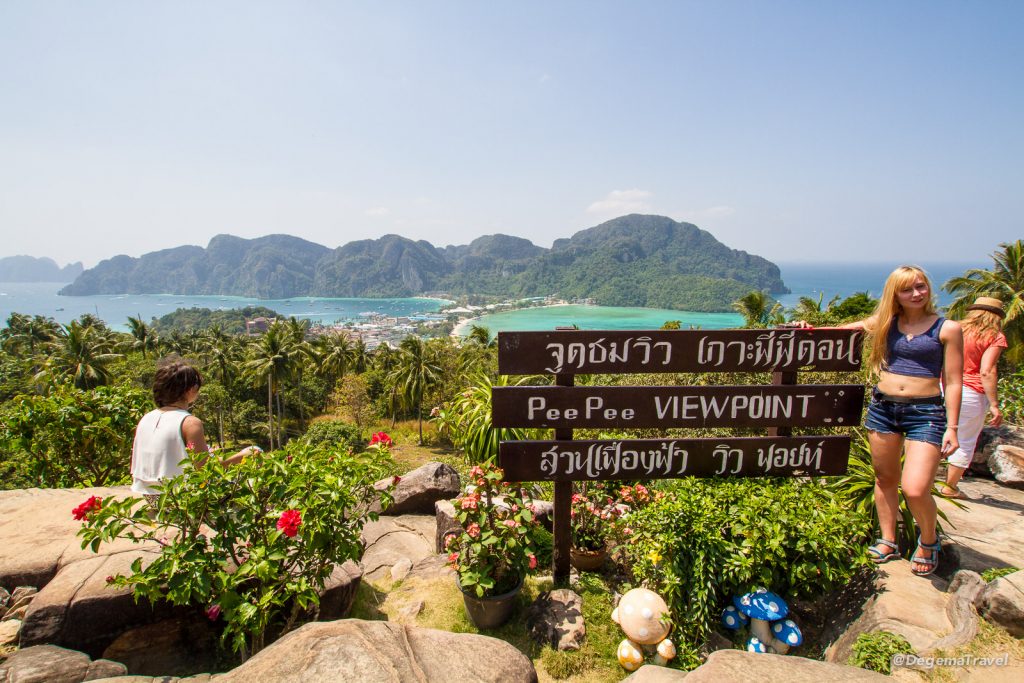 Op-Ed: Does Popularity Ruin a Destination?

Working in the travel industry, and particularly living in Phuket, I frequently see people sharing their opinions of the popular destinations around me. A common opinion of some of the beautiful islands near Phuket is that they have been “ruined” by crowds of people. While I can sympathise with this viewpoint, I also find it extremely selfish.

With my cards now thrown so firmly onto the table that it’ll take the talents of a carpenter to get them out again, I should mention that I am fully aware of the hazards of sharing my opinion on this. As a professional journalist, I always made it a point of never even having an opinion or, at the very least, never telling anyone about it since it was my job to inform, not opine. Besides, as a wise person once told me, opinions are like buttholes (they didn’t use that word, but I’m trying to keep this family-friendly) – everyone’s got one, but not everyone wants to see yours. It is likely that as many people will be annoyed by my perspective as will agree with it. However, I am still going to share my thoughts because this is a travel blog, not a newspaper.

Please bear in mind that this is only my opinion, based on my thoughts and observations. It is open to change, in light of compelling alternatives.
Ruined Destinations

The prime example of a “ruined destination” is Koh Phi Phi, and especially Maya Bay – the beach made famous by its titular role in the 2000 Leonardo Di Caprio movie The Beach. Post a picture of Maya Bay on any social media and I can all but guarantee that at least one person will accuse me of Photoshopping out hordes of Chinese tourists. It is always specifically the Chinese they accuse of ruining it and other islands around Phuket, including Racha Island, Coral Island and Koh Khai.

Interestingly, the Chinese rarely get the blame for ruining the rest of Koh Phi Phi Don. If the picture shows Tonsai Village, Loh Dalum Bay or Phi Phi Viewpoint, its western backpackers who get the grief. Especially with the viewpoint, there will always be one person nostalgically berating the “overdevelopment” of the island, seeing swathes of unbroken rainforest through their rose-tinted lenses, instead of the hotels, shops, bars and restaurants which now stand in their place.

Phuket, having been a popular destination for decades now, also comes in for some complaints from those who visited many years ago and occasionally also from long-term expatriates. They say that they have seen prices for pretty much everything increase dramatically and have watch paradise being paved, with virgin rainforests and pristine beaches replaced with ugly buildings and excessive litter.

Why This Annoys Me

As you may have notice by my rather cynical tone two paragraphs ago, I have rather a low opinion of nostalgia. This is almost certainly because I am not yet really old enough to have developed a yearning for simpler, happier days; though I dare say that time is not far away. I am still young enough to clearly remember my youth and, while I remember it fondly, I recognise that the development since that time has been largely for the best.

However, it is not purely my dislike of rose-tinted spectacles which makes the claim of a destination being ruined by its own popularity annoying to me. Instead, it is the selfishness of the people making the claim. They enjoyed a beautiful, undeveloped destination and I’m sure they had a lovely holiday or two there, but they want to keep that place for themselves. They do not want other people to be able to enjoy the same experience they had. In my mind, they are basically saying “I loved my time there, but you’re not allowed to.”

These people also apparently don’t want local entrepreneurs to benefit from the trade that mass tourism brings. All of those hotels, shops, bars and restaurants on Koh Phi Phi support entire families of Thai people. Would virgin rainforest be able to do the same? Would these complainers prefer it if the local people still lived in ramshackle huts while they swan around in their designer swimwear and pink sunglasses?

The same goes for complaints that Phuket has become too expensive. Yes, the cost of living here is now actually higher than it is in Bangkok, but rising prices are a result of a free market economy. Where there is high demand and limited supply, costs increase. If business owners happen to decide to target luxury travellers instead of the budget backpackers who first “discovered” the place, more power to them! But no – they would rather the Thai people did not try to better themselves; at least, not if it means their bottle of beer costs more than 50 baht.

Ok, now that I’ve got the rant out of the way, it’s time to admit that I actually largely agree that certain places have become victims of their own popularity. Possibly my ire is simply a result of being accused of fabricating photographs of Maya Bay, but I can’t deny that you have to quite literally get up very early in the morning to get a photo of a clear beach there. Not only do you have to work hard and be very patient, but the beach is at its best (and emptiest) just after dawn.

The fact is that the popularity of places like Phi Phi has been exploited, not managed. The result is that the natural resources there are suffering. The beautiful coral reefs, which the hordes of snorkelers enjoy, are becoming bleached and broken. The pristine beaches, once covered in sunbathers, are now increasingly litter-strewn as the local waste management facilities struggle to keep up. In Phuket, the high cost of living prices local Thais out of both the job and housing markets, meaning that many of the businesses aimed at luxury travellers are run by and for the benefit of already wealthy multinational corporations.

Even so, while the destinations listed may have lost some of there former lustre, I do not believe that they have been “ruined”. People can still enjoy their time there, though they may have to temper their expectations. Phi Phi, Phuket and the other islands remain very beautiful and delightful destinations. They may not be the same as they were 20 years ago, but that does not necessarily mean they are the worse for it.

My amateur opinion of the problem with how mass tourism has been managed in Thailand is that the focus has been on quantity over quality. With destinations like Maya Bay, tour operators could and should have limited numbers of entries and increased the ticket prices. The place is more than beautiful enough that there are sure to be plenty of people willing to spend a few hundred baht more, if it means they get to see the beach without the equivalent of the entire D-Day invasion force milling around on it.

An example of this done well is the tiny nation of Bhutan. A star feature on my bucket list, I recently discovered that the chances of me ever visiting it are virtually zero. In order to protect their heritage and their environment, the Bhutanese have made it extremely difficult and expensive to get a visa. Visitors must make their booking through a registered local tour operator and must pay a fee of US$250 per day during the high season (a mere US$200 per day for the low season) just to be in the country. This effectively guarantees that visitor numbers will be at a sustainable level and the country will never be “ruined” by mass tourism.

Of course, the downside to this approach is that it makes me a massive hypocrite. Having just claimed that it is selfishness which annoys me about the opinion that destinations are ruined by their popularity, my suggested solution is to make the destination inaccessible to all but the extremely wealthy. I never said I had all the answers. If you have any better ideas or a different perspective, I’d love to hear it.