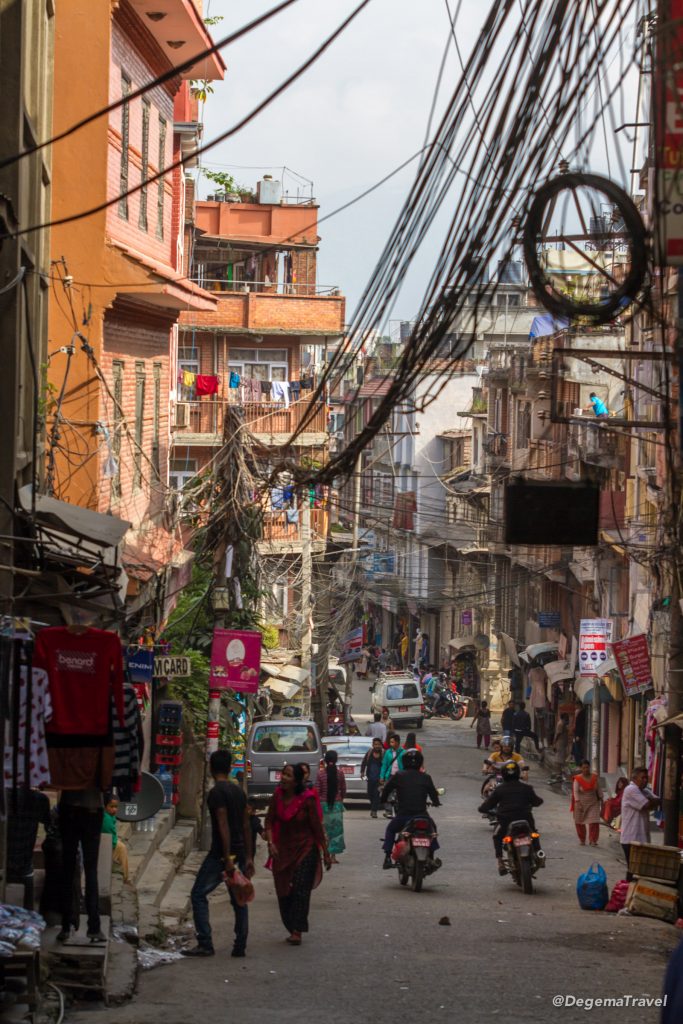 On 5th October 2019, I landed in the capital city of Nepal, ticking an item off the top of my bucket list that had been there for quite some considerable time. There was no especially good reason why it had taken so long to get to, perhaps other than doubting that my cash reserves would be sufficient for me to have a good trip. However, earlier that year, I’d won a prize at work that allowed me to spend my entire time there without spending a single rupee on hotels. As you might imagine, that made affording the trip significantly easier.

For those happy few who enjoyed my account of my trip to Vietnam in December 2018, you may be interested to learn that I went into this latest sojourn with exactly as much pre-planning. That is to say, next to none. I had my flight in, my flight out and my first hotel booked. Beyond that, I was quite prepared to wing it and see what happened.

As with the Vietnam trip, however, I had some local advice. In this case, not from a foreign English teacher living in the city but from a Nepalese girl I happened to know. Anima had come to Bangkok some time around the start of 2019 to work at the United Nations office and a mutual friend had posted on Facebook looking for someone to help her out with her first expat experience. I gamely volunteered and, for about six months, I answered questions, acted as a tour guide and helped wherever I could.

Anima’s contract came to an end, in part because of hearing problems that she is trying to raise money to resolve (any help you can give for this very kind, friendly girl would be much appreciated) and she returned to Kathmandu, but we kept in touch and, when I decided that I was finally going to come and see her native country, I asked her for whatever advice she could offer. I received a couple of A4 pages worth of notes and an offer of a free tour guide around the capital once I arrived.

Getting out of the airport

You wouldn’t think that just getting out of the airport would be that challenging, especially since Tribhuvan International Airport isn’t even that big. However, I hadn’t bargained on the…interesting system of getting a visa. The procedure only consists of filling in a single form, attaching a couple of passport photos and paying about US$50 (or the equivalent in a choice of currencies which, fortunately for me, included Thai baht). However, this is not terribly well signposted at the airport.

Pro-tip: always carry a bunch of passport photos of yourself with you when you’re travelling. The biggest delay in getting my visa, you see, was lining up for the machine where you could fill in the form and get photos taken. There was only one in service and it must not have had an especially modern computer behind it because every single person was taking 10 or more minutes to get their completed form printed off.

I had initially queued up for passport control, which was itself a slow-moving line, but was then told I need a visa. I joined the queue for the machine and, after a considerable wait, realised that the only reason people were using the machine instead of filling in the form by hand was that they needed passport photos and hadn’t brought any with them. I always carry such photos with me, so I completed the form, handed over my baht and breezed through…at least an hour after I’d landed.

My next goal was getting to my hotel. I’d chosen one just outside of the main tourist hub in Kathmandu — Thamel. My notes from Anima and watching a couple of YouTube videos told me that this was where all the shops, restaurants and nightlife could be found, but that it was a bit expensive compared to the rest of the city. Not wanting to be kept awake all night by loud music (I needn’t have worried about that — the nightlife shuts down surprisingly early), I’d picked a place within easy walking distance.

Getting there from the airport, however, was going to take some figuring out. I’d reached the exit of the airport, bought a tourist SIM card for my phone and then had to decide what to do next. Now, regular readers (both of them) will know of my profound hatred of airport limo and taxi services. I’ve been stung by them a few too many times, paying well over the odds for a relatively short ride that would have cost me a fraction as much with a regular metered taxi or bus. It will therefore come as a surprise to learn that, when I was approached by a random bloke asking if I wanted a lift to my hotel, I said “yes”. Frankly, it was a surprise to me, too.

We walked out to his car, past the sign that said that the bus stop was a 500-metre walk away (a distance I would have been very happy to cover as I’d packed fairly light), past the taxi rank with properly uniformed drivers and out to the public car park. All the while, the voice of reason and experience screaming in my head that this was going to cost me a fortune.

The bloke went by the name of Ishwor and, as we chatted, he revealed that he ran a tour company. He invited me to visit his office and talk tours and, once again, I found my mouth saying “okay” while my mind was screaming “it’s a scam!” Some time and a drive that varied between gridlock and rollercoaster ride later, we reach a little back-alley office in Thamel.

My mouth continued to rebel against my brain for at least another hour while Ishwor outlined his proposed tour for me. Every instinct I had developed from two years living in Oman and nearly eight years in Thailand was telling me that this would prove to be a complete rip-off. These were exactly the tactics favoured by scam-artist taxi drivers in Phuket. And yet I found myself being patiently led to the nearest ATM so that I could withdraw a frankly terrifying amount of rupees (which, thanks to the currency being quite a weak one, is less terrifying when considered in baht or pounds) and willingly handing it over, the rest of my trip now effectively planned.

Despite the fact that I’d actually landed just after midday, it was getting dark by the time that I finally reached my hotel. I sent a message back to my family in the UK to let them know where I was, employing one of my favourite puns. I informed that I had heard that, “while dog man don’t, Kathmandu” — I know, I’m very easily entertained.

My brother, who has visited Nepal a couple of times, directed me to a restaurant and made a meal suggestion or two that proved to be fairly solid. While I ate at the Bon Appetit Café & Restaurant, I checked on my phone for how much my tour should have cost, had I not been scammed.

It turned out that my cynicism and suspicion was misplaced. I hadn’t been scammed! I’d paid pretty much the standard rate. It was maybe a little more expensive because I was travelling alone instead of in a group, but it balanced out to the correct amount. I very quickly learnt that Nepalese people are among the most honest, friendly people on the planet and, while I don’t doubt that scams exist in Kathmandu somewhere, you have to look pretty hard to find them. For that reason, I am very happy to recommend Ishwor Bhandari and Osho Vision Treks & Expedition P. Ltd.

I’ll tell you more about what exactly I’d booked in the later posts. This one went on a little longer than I expected, despite covering very little ground.