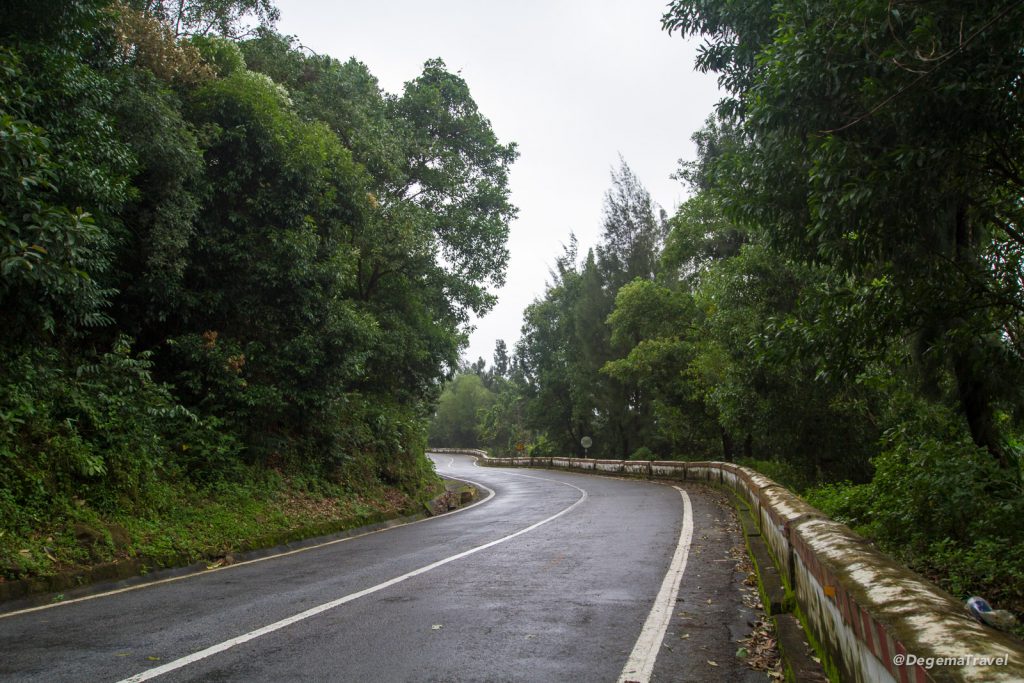 Home by the Hải Vân Pass

From the start of my trip across Vietnam, the Hải Vân Pass had been the one thing I could call an objective. Everything else was a bonus, but that 93.4-km drive from Huế to Da Nang was all that mattered. So, I rose on a miserably drizzly Saturday 29th December 2018 and, with a degree of nervous excitement, awaited the arrival of the motorbike taxi driver who had offered his services as a tour guide the previous day.

In my last post, I said that the driver had convinced me to accept his offer on the strength of a lie. He had told me a lot of things about the road between Huế and Da Nang, virtually none of which proved to be true. Firstly, he listed a great number of sights we would see during the tour. However, with the weather being pretty dreadful, visiting them was kind of pointless. They were all famous for offering stunning views, but the views were obstructed by low cloud and lower rain, so we went to only one of them. To be fair to him, I saw his point and agreed. Sadly, he wasn’t as fair to me and did not reduce the price of the trip.

The second and more grievous lie he told was that the police set checkpoints along the pass, looking out for tourists riding this famous road without a Vietnamese driver’s license. As I did not want any trouble with the authorities, this was the factor that caused me to go for the tour instead of the various services offering to rent me a motorbike that I could deliver to an address in Da Nang. Along the entire trip, I never saw a single police officer. Not one. I later learnt from the friend whose apartment I’d borrowed in Hanoi that the police do not patrol or block the Hải Vân Pass.

Having been given a cheap plastic poncho, I got on the back of the knock-off Harley Davidson and we set off through the rain-slicked streets of Huế and out onto the highway. That one stop I mentioned before was a fishing village. For the life of me, I cannot figure out exactly where it was but, based on where most of the other motorbike tour operators go, I’m going to guess it was on the Tam Giang Lagoon, slightly north of Huế.

The driver did his one and only act of behaving like a guide at this point, explaining in his hard-to-follow English (still better than my Vietnamese, so I can’t complain) that some of the small boats floating out in the water would be home to as many as three generations of a single family. I got the impression that he was a bit annoyed and embittered as he explained that the kids often didn’t go to school as their help was needed with fishing. In fact, I got the overall impression that he didn’t like the fishing community at all, though he might just have been annoyed about the weather and my insistence on standing in the rain for a bit, taking photos.

With the other sights along the road being rendered pointless by the weather, we next made directly for the pass. I think it’s fair to say that it would have been a very enjoyable ride, had I been the one actually driving and had the weather not been so firmly against us.

Let’s be clear – I did enjoy the experience. I won’t say that it was the highlight of the trip because Sapa still holds that title, but it was certainly among the best bits. However, with no control over the vehicle, I couldn’t stop whenever I wanted to take a photo, or speed up when I wanted to feel the excitement of this extraordinary stretch of tarmac. I was at the mercy of a miserable man who just wanted to get to Da Nang and get paid.

What few photos I did get can speak for themselves.

At the top of the Hải Vân Pass stands Hai Van Quan – the ruins of a once-impressive gate built in 1826 for King Minh Mang – alongside some more recent concrete pillboxes. At this point, my guide said…something. It was quite noisy up there with loads of buses, bikes and tourists and I was getting impatient with him, so I was less inclined to even try to understand what he was saying. The bit that I understood amounted to ‘go amuse yourself for a bit and come back here when you’re done’. So I did.

Here are some pictures to prove it.

Down in Da Nang

Having pottered around in the drizzle for a bit, taking a few photos, I returned to my biker guide for the descent into Da Nang. To be frank, that’s kind of where my trip ends. Along with the second half of the 29th, I spent all of 30th and 31st December in the city, mostly sat in my hotel room reading.

You see, I had picked Da Nang as my final destination on the understanding that it was a beach destination and that a couple of days chilling by the beach might be fun. Had I been in Thailand, where December is the start of the peak tourism season, I could indeed have had a couple of nice, sunkissed days by the sea. However, being a bit further north and a lot less sheltered from the southwest monsoon, December is just as grey and drizzly a month as it would have been in the UK. And there’s little more pointless than being in a beach destination off-season.

There were a couple of breaks in the rain, during which I went out to see a couple of sites – mostly just Cầu Rồng, the Dragon Bridge – and poke around the markets, but I otherwise just hammered through a couple of novels on my Kindle. Finally, on Tuesday 1st January 2019, I headed to Da Nang Airport (on a Grab Bike which, for reasons unknown, dropped me a five-minute walk from the terminal building) and, after a connecting flight to Ho Chi Minh City, I returned to Bangkok.

As disappointing as the final part of my trip was, I still had a fantastic time in Vietnam. Even the challenging bits were enjoyable, in their own way. It’s always nice to stretch your problem-solving muscles and overcome a little adversity. Overall, I found the country and its people an absolute delight. I look forward to returning in the near future to explore the southern half!