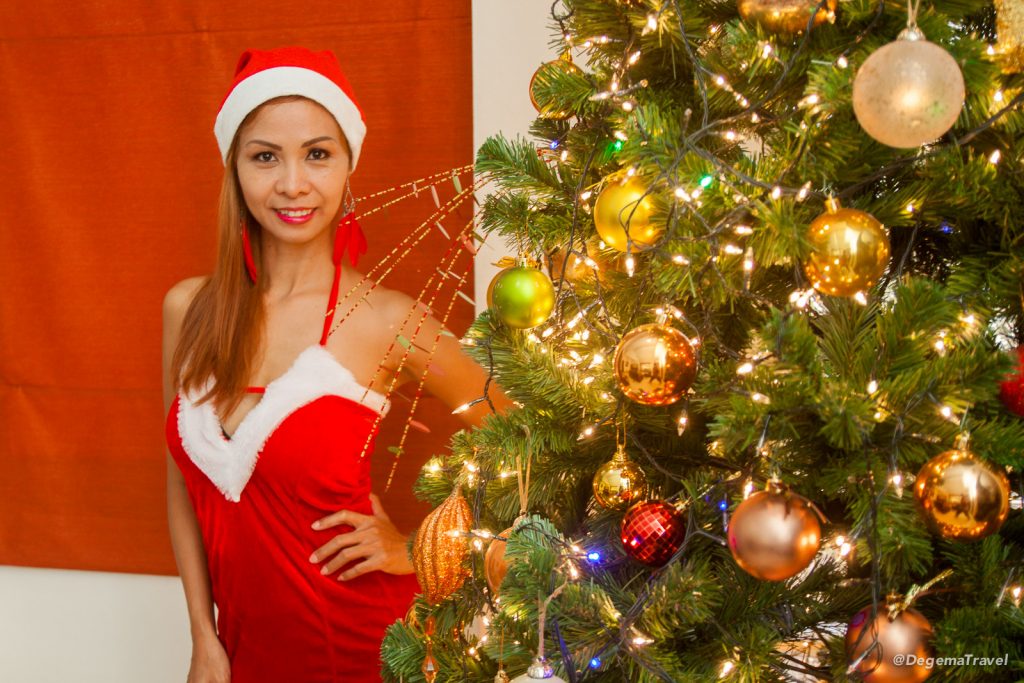 One of the toughest times of the year for me and many of the expatriates I know is the holiday season – Christmas and New Year. The former is not a Thai holiday (though many will happily get involved in the Christmas spirit), but the latter is and most Thais will go back to their home towns and villages in the far-flung regions of the country. The same goes for the foreigners – a large number fly back to their home nations to spend this special time of the year with their families.

My situation is a little unusual. I have family both here in Thailand and back in the UK. For the last few years, I have spent Christmas with my dad and step-mum in Pattaya.

Being overseas for Christmas is not a new thing for me, but it is still not easy. It is very difficult to find the Christmas spirit without the increasingly cold weather, the shops and streets bright with lights and tinsel and the general feeling of excitement around the house. Perhaps this is just a result of growing up, but going from a childhood where Christmas was a big deal to living in countries where it decidedly isn’t was quite jarring.

This year, I was working right up to a couple of days before the 25th December 2015. I had no decorations up around my little apartment in Phuket and there was little more than a tree at my dad’s house in Pattaya. I did enjoy a meal at a restaurant where the owners had made a (mostly artificial) sand snowman, which was a valiant effort, but the clear blue skies and temperatures over 30°C mean that it never really begins to feel a lot like Christmas.

The rational part of my brain knows that the snow is just a context thing – Christmas was always in the midst of a chilly winter in my youth in the UK, so the conditions and the festival have naturally become associated. However, the inner-child part of my mind (and Christmas is primarily a kid’s holiday) throws a wobbler and screams: “it’s not Christmas without snow!”

Despite the fact that Christmas is primarily a Christian festival (I won’t go into the Pagan origins or recent commercialisation), the wide spread of British, American, European and other Christian expatriates has made the festive season a time of obstinance and even a little bit of rebellion, particularly in countries where Christianity is not the dominant religion.

When I lived and worked in the Sultanate of Oman, where the dominant and official religion is Ibadi Islam, my colleagues and I spent one Christmas on the balcony of one of our apartments with a lot of alcohol and an exclusively pork barbecue. We had chops, sausages, burgers, bacon; anything we could get hold of from the dedicated “non-Muslim” section of the supermarkets. It wasn’t a show of anti-Islamic sentiment; it was just our feeble little rage against the system and a celebration of something which few around us were celebrating.

What is much more common is for expats to head off for the nearest British theme pub (there’s at least one in every country) where they will be able to enjoy turkey with all the trimmings for some exorbitant cost. What my family here in Thailand have been doing for many years now is to band together with other local expatriates to share the Christmas dinner.

Each household prepares a couple of parts of the spread. In this case, my step-mum did the bird itself (a couple of turkey crowns, to be precise) and the mashed potato, both of which were excellent. Others came along with soup for starters, pigs-in-blankets, roast potatoes, sprouts, carrots, mange tout, bread sauce, Christmas pudding, brandy butter and so on.

The result is that no one is forking out a small fortune and everyone gets the full meal, plus there is a nice social atmosphere and a larger crowd, which generally makes the whole experience a lot more interesting.

The venue for this feast is the house of one of the group. I came into this routine relatively late, with 2015 being my fourth Christmas celebrated in this way, but I suspect that the venue was only picked because the people there were the originators of this little tradition. There’s not that much logic to the choice, otherwise. The event attracts about six expat households (12 to 14 people), of which at least two have notably bigger houses than the established hosts.

Despite the name, both Foo and Graham are English expatriates (“Foo” is apparently short for “Felicity”, but I honestly thought she was Thai for most of a year, until I actually met her). They, like most of the expats in the quieter part of East Pattaya, are retired. They’re a little on the thespian side (even involved with the local amateur dramatics society), which inevitably means that some of the Christmas activities are a kind of show. They’re both very friendly and their friends – all of whom I only know through this one day per year – are welcoming and pleasant company.

But they’re not my family. It could even be said that they are not my friends – they are the friends of my dad and step-mum. In all of my time in Pattaya, I met Foo and Graham at one or two other events during the year, but I only knew the rest of them from Christmas.

The tradition is lovely, the people are nice, the food’s not bad and the celebration is as close as you’re going to get to a ‘Christmas at home’ while you’re 6,000 miles away, but it’s still not right. It’s just not Christmas.

What makes it worse is the inevitable expat drama. I will describe this in more detail in a future post, but the simple version is that expat communities are often overwhelmed with oneupmanship, pointless bickering, rivalries, grudges and, for want of a better word, bitchiness. This year, for example, there was a choice of two soups for starters. There was absolutely no reason for this – one was more than adequate – but there had been some kind of a disagreement for no obvious reason and the starter went from being a tasty way to kickstart your appetite for the gluttony to come into some kind of popularity contest by proxy. So much for Christmas spirit…

Back home, a Christmas card meant about as little to me as a text message. It was admired, read, then put up on a windowsill and forgotten about until the rest of the decorations came down and it was unceremoniously binned. Since living overseas, a Christmas card means more to me than a hundred retired Brits enjoying their piecemeal Christmas dinner. The thought and effort that has gone into selecting and sending it means the world to me and it sits proudly on my desk, bringing a smile every time it draws my eye. It is a simple reminder that, despite the miles and years that separate us, my family and friends still think about me.

I hope you had a Merry Christmas and a Happy New Year, wherever you are in the world.