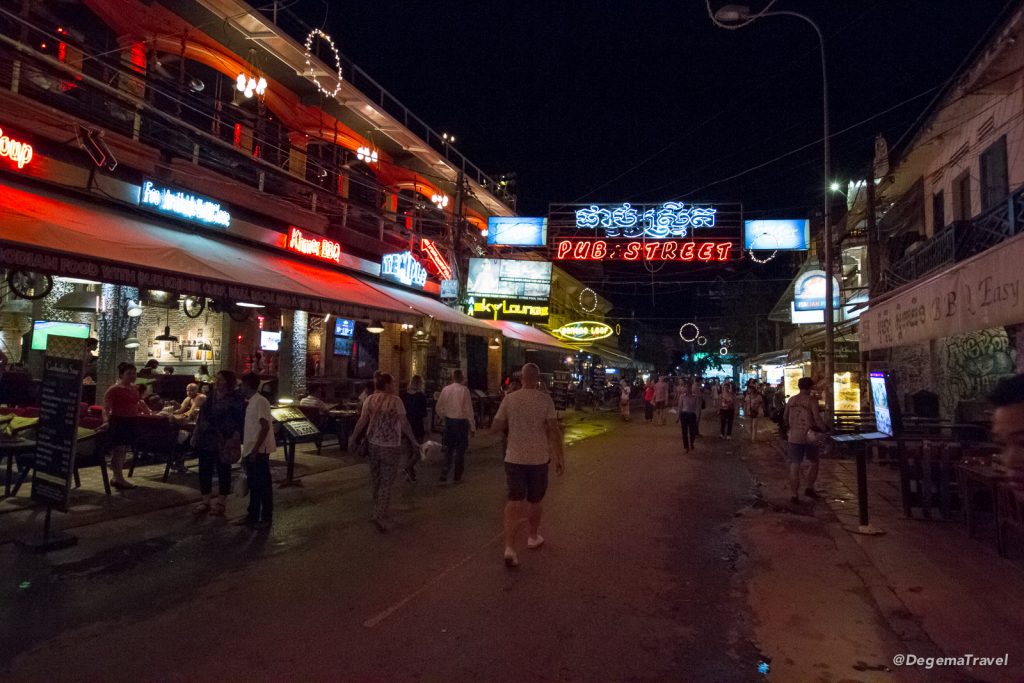 Regular readers will know that I have, for a second time this year, fallen behind on posting about my Project52. The reason for this is a recent spate of short but very fun travels, both around Thailand and overseas. The last of these was a trip to Cambodia’s famous Angkor Wat and the nearby town of Siem Reap from 15th to 17th June 2016.

Strictly speaking, this wasn’t actually my first trip there. I had previously visited in August 2013, with a couple of friends I had made through CouchSurfing. On that occasion, we had gone overland from Pattaya, through the Poipet border crossing. While it is quite a cheap option and it is mildly interesting to see the Cambodian countryside, it got very boring and very uncomfortable very quickly. After the first few hours of paddy fields as far as the eye can see, the countryside rapidly loses its novelty value.

This time, I had been drafted in to act as tour guide for my step-brother and his wife, Bruce and Julia. My step-mum had said that neither is a particularly seasoned traveller and, since it was me who had sort of suggested the trip in the first place after Julia had seen a photo I posted of Ayutthaya in Thailand on Instagram, I got the job of looking after them. This time, for the sake of convenience, we flew in with AirAsia which, in all honesty, wasn’t that much more expensive than the bus had been.

The very first impression of Cambodia was obviously of Siem Reap International Airport (REP) which, I was astonished to find, was quite a modern and fancy affair. Granted, we did have to walk across the apron, from the bottom of the steps from the aircraft across to the terminal, but being only a few hundred metres, a bus would have been frankly insulting. Once inside the aggressively air-conditioned building, everything was neat and clean and modern.

The process of getting a visa on arrival is almost comical. After filling in no less than four forms on the flight in (visa application, entry card, exit card and customs declaration), I handed the visa form, a passport photo and US$30 (which I’d drawn from an ATM in the terminal) to a smiling official, they passed it along a line of about six or seven equally cheerful uniformed men until it reached the other end, where a guy read out the names and I collected it off him. Bruce had no problem with having no passport photo – he just handed over an extra US$2 and they said nothing more about it.

Once outside the airport, I wanted to avoid the crowds of taxi drivers. Phuket Airport in Thailand notably has dozens of limousine companies touting their massively over-priced rides by the exit and you have to look hard to find the proper metered taxis. Assuming the same practise was used here, I was a bit miffed to be directed towards a sales counter. However, I then found that 1) taxis in Siem Reap don’t use meters, and 2) there are no limousines, except for those provided by hotels.

I rapidly developed the feeling that Siem Reap is, first and foremost, a tourist city. Without fully exploring the place, it would be impossible to tell if it has any of its own resident industries, but the fact that it is roughly equidistant from both the airport and the Angkor Archaeological Park (home, obviously, to the famous Angkor Wat), the fact that there are countless hotels throughout and the fact that the city centre is tiny and contains the very tourist-oriented nightlife and shopping attractions strongly suggests that the only industry to speak of is the tourist trade.

The taxi driver drove a hard and, to be frank, kind of annoying bargain. We just wanted to get to the hotel, from which we could relax and plan our travels accordingly, but the driver – who introduced himself as Mr Nhep Ratana – would not take no for an answer! He first wanted to take us to “to lake” (Tonlé Sap Lake), which we declined. Not taking the hint, he then insisted on being our guide for Angkor Wat. While I was somewhat reluctant to use him purely because I was frustrated that we wouldn’t take the hint, he made a compelling offer. For about US$20, he would take the three of us around in a tuk tuk with a supply of water. We accepted and set a collection time for the next morning. We later found that all taxi drivers in Siem Reap are just as determined to make a sale and, ultimately, the only way to get them to accept defeat is to ignore them completely. I would hate to live there as an expatriate and have to deal with that every day!

Home to less than a quarter of a million people, Siem Reap is a very small place. Where the locals call the centre of town is impossible for me to say, but most roads led eventually to Pub Street. It is similar in nature to Pattaya’s Walking Street or Patong’s Bangla Road, in so far as it is pedestrianised in the evenings and home mostly to bars and clubs, only really coming to life in the evenings. With the slightly gassy local draught beer (Angkor Beer) at 50¢ a glass, it is not difficult to see the appeal of the place! Food, on the other hand, is largely overpriced and is not notably astounding.

Cambodia does have a bit of a reputation for prostitution, but I did not encounter it while I was there. Maybe that’s because I wasn’t looking for it and it was actually staring me in the face the whole time or maybe it’s because I was there with Bruce and Julia, so the working girls were avoiding us as a lost cause, I have no idea. All I can report is what I saw, which was nothing at all shocking.

Behind pub street is Psar Chas – the Old Market. This does have a slightly more local feel to it because it has a rather pungent spices and fish market right at the heart. This, however, is surrounded by typical tourist stalls exactly like you will find in any tourist market in Southeast Asia. All the usual goods were on offer, from knock-off watches to those baggy trousers which no self-respecting local would ever be seen dead in, but which tourists seem to adore. Prices were excellent – no more than about US$5-10 for the cursed trousers – but we did almost get burned by a woman giving a very dodgy-looking US$2 note in our change, which we managed to palm off on the next stall holder.

Siem Reap, as I’ve made clear, focusses on the tourist trade. To be fair to them, the locals will bend over backwards to help you but, as an expat, I can’t help but feel like I’m getting ripped off somehow. On the other hand, the prices given are perfectly reasonable and agreeable and the services paid for are delivered with a smile. Despite my initial reservations about Mr Ratana, he proved to be true to his word and gave us a very good tour of the key temples around Angkor. He was a safe and consciences driver and even gave us general safety advice such as being wary of pickpockets and fake guides. I would certainly recommend checking out his website and booking him for your trip to Siem Reap.

Where Siem Reap does slightly fall down is the fact that it really is a one-horse town. There are only three noteworthy attractions – the lake, the temples and Pub Street. With this limited repertoire, it is not that surprisingly that we were constantly recognising people from our flight in or that we met on Pub Street while walking around Angkor Wat. We even saw several familiar faces on the flight home. Realistically, you can see everything there is to see there in a long weekend without feeling like you’re leaving too soon.

My apparently shameless plug for Mr Ratana was not financially motivated. While he did ask me to promote his business, he gave us no special price or treatment for doing so. I recommend him based purely on his performance as a driver, which was excellent. Additionally, both his taxi and his tuk tuk were clean and well-maintained.

Mentions of and links to AirAsia and CouchSurfing were also done purely for information purposes. I have no professional or personal relationship with either organisation or anyone working for them.