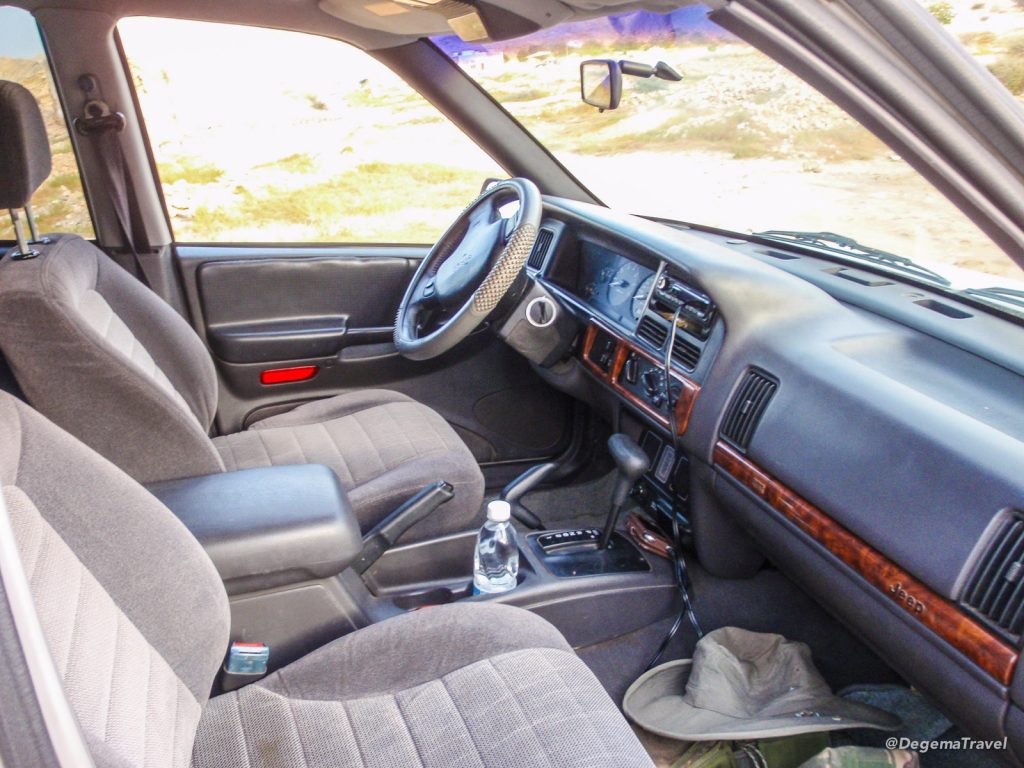 Alas, the Adventures of Lady Macbeth must finally come to an end, just as my time with my 1997 Jeep Grand Cherokee Laredo did. If you recall the ending of the last episode, the old girl had just had another major meltdown. The electrical system was out, from a suspected alternator failure.

The problem was that this occurred a very short time before I was due to leave Oman for the last time. My two-year contract was complete and I was in the process of winding up my affairs and getting ready to move back to the UK. The last thing I wanted to do was waste valuable time and money on repairing a car. The obvious solution was to just sell it in its current condition, but even that wouldn’t be as easy as it seemed.

Can’t Even Give It Away

In the Sultanate of Oman, cars over three years old are required to do something similar to the UK MoT test. In Oman, it’s a fairly basic roadworthiness test, mostly checking that the engine emissions aren’t too toxic. The testers care so little about the actual function of the car that a friend’s vehicle passed even with a broken speedometer! It actually failed the first attempt only because the paint on the bonnet looked unsightly (I think someone had attacked it with a bottle of nail polish remover at some point in its history). One new bonnet later and it got the required certificate.

The certificate itself is a simple credit card-sized thing, with the name of the car’s registered owner on it. In order to sell Lady Macbeth, I had to get the name changed on that card, which I had to do in person. In order to do that, the card had to be valid so the car had to do the test. However, Lady Macbeth wouldn’t even start, let alone drive to the test centre or pass the test. This presented a problem.

I had a Catch-22 on my hands. I couldn’t keep the car in my name, rotting by the side of the road, because it was registered to me. If I ever returned to the sultanate in the future, I would almost certainly be met at Immigration with either a court summons or a very hefty fine or bill. However, I also couldn’t get rid of the car because it couldn’t do the MoT test. I could, theoretically, get it repaired, but knowing the repair garages I had already used (including the official Jeep one), it would either take an eternity to do the job, would cost me more than the value of the car, or both.

Fortunately, I hit a stroke of luck in the form of my friend Khalid. One of the photographers I worked with at Apex Press and Publishing, he was willing to take Lady Macbeth off my hands – especially when I offered the price of “free”. Given the mess of a situation I was in, I was willing to part with 1,000 rials worth of Jeep (plus about 1,200+ rials worth of repairs and replacement parts) for absolutely nothing, so long as Khalid could figure out a way of achieving the handover within about a week.

Khalid came through with a solution, which I still think was hilariously absurd. We had to go to the local court office and get a letter from them giving Khalid power of attorney over my Jeep. This would mean that he could get it repaired, do the MoT test, then take the letter to the vehicle registration office and finally make himself the legal owner without me having to be there in person. I gather that his family owned a garage of some sort, so handling the repairs would be no problem and I’m fairly confident the final step on the Lady’s journey would be resale.

Off we went to court office, where we instantly hit yet another hurdle. All of the court’s business is conducted in Arabic. That’s no problem – Khalid is Omani, so he could talk to the court official. However, for handing over power of attorney, the court official needed to hear me openly declare, in my own words, that I am doing this of my own free will and not under duress. For that, we needed a translator, and the court didn’t have one on staff.

Faced with this dilemma, I hit yet another stroke of luck and yet another absurd solution. By sheer coincidence, a woman I’d met in the course of my work was also in the court office that day. Sarah White was a British artists living in Oman. She was working at the Shangri-La Bar Al Jissah resort on a special art project, which I’d interviewed her about once or twice for various features I’d written. She was at the office because her house and been burgled and she wanted to give her lawyer the right to fully represent her in court. She, therefore, also needed a translator.

We hit upon the simple but comical solution that her lawyer would act as a translator for me while Khalid would act as a translator for her. This meant that both of us had made our wishes clear to the court official through an independent intermediary, convincing him that there had been no coercion involved. Sarah went first but, when it came to my go, proceedings took a little longer. The official was rather surprised at me wanting to give up a car for free. I confirmed that these were my wishes and, with a rather bemused look on his age-lined face, he signed the bottom of a very fancy letter, printed on expensive paper, with a whole page of text written in Arabic, except for the words “1997 Jeep Grand Cherokee Laredo”.

It was absolutely devastating to me when, a few years after the events of this story, I read about the death of Sarah White. She had apparently passed away because of surgical complications at Muscat Private Hospital. She was just 45 years old.