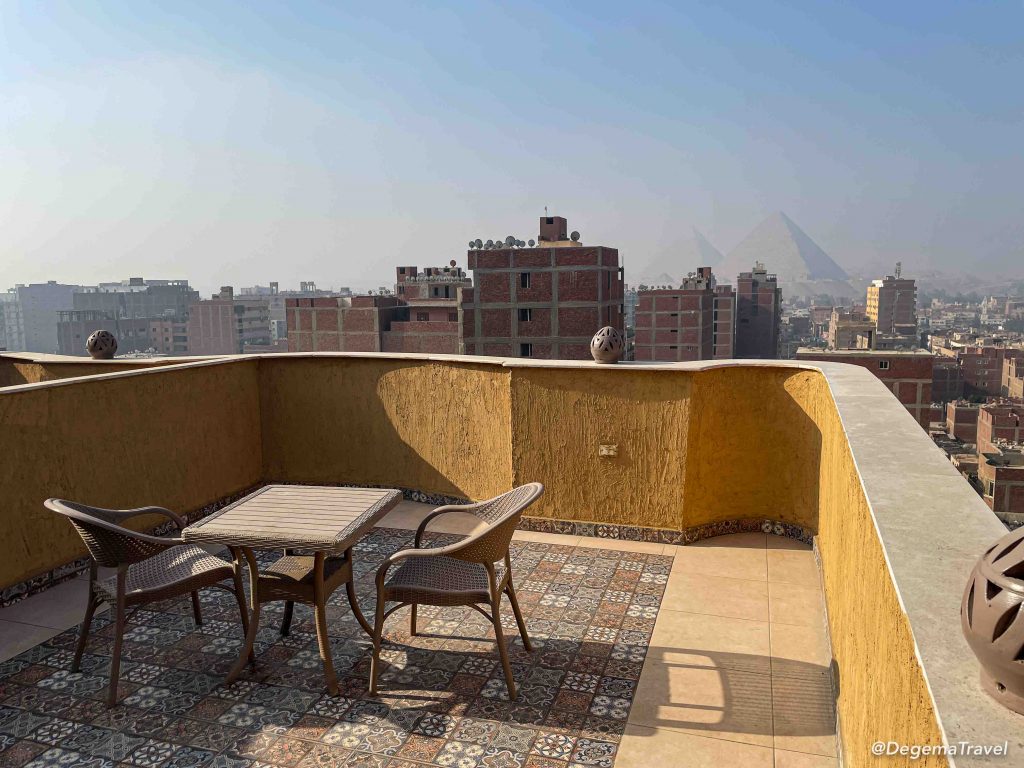 It’s been a while since I was active on here. Like practically everyone, COVID-19 and the worldwide lockdowns did a bit of a number on me, not least because they prevented me from being able to travel. It wasn’t until I decided it was time for a big adventure at the end of 2022 that I realised just how much I had missed it. In fact, it wasn’t until I got off the plane in Cairo – up to that point, I had been perfectly prepared to intentionally miss the outbound flight and spend two weeks moping in bed instead. I’m certainly glad what few scraps of determination I had left at the time got me to my gate.

Even up to the day of my departure, I had responded to any questions of where I was spending my holidays with “I don’t know”. It was entirely true – I didn’t. If you’ve read about my time in Vietnam in 2018 or what I’ve written up so far of my visit to Nepal in 2019, you’ll know that this isn’t entirely unusual for me. I quite enjoy the ‘fly by the seat of your pants’ experience you get from effectively making it up as you go along, though I won’t deny it’s not the most efficient way to travel.

As with both of the previous such adventures, I had only the flight in, the flight out and the first hotel booked. This time, however, the flight in landed in Cairo, Egypt and the flight out departed from Frankfurt, Germany. I won’t deny, this extra complexity and the sheer distance between my arrival and departure points did make me a bit nervous.

I have a chronic hatred of airport taxis. I’ve had enough bad experiences with them – usually being ripped off and taken for a ride in the worst possible sense of the term – that just seeing a taxi rank outside an arrivals hall brings my mood crashing down. But, when it’s late and you’ve just spent 14 hours cramped into an economy-class airline seat, they are undoubtedly the quickest way to get to your hotel so you can finally get some proper sleep. I mention this because I can’t deny that this factor almost always distorts my initial impressions of a place.

That said, my first impression of Cairo was one of barely organised chaos. I watched my taxi driver straddle lanes, undertake repeatedly, narrowly avoid collisions, come within inches of running over pedestrians and, perhaps most confusingly, stop to ask random strangers for directions despite having Google Maps on his phone. I also saw a donkey pulling a cart loaded with propane canisters, a tuk-tuk that appeared to have spikes on its wheels like Boudica’s war chariot, and frequent instances of pedestrians dashing across busy highways like they were playing real-life Frogger. Not even the #hellvans in Thailand are as dangerous as this, I thought as I tried my utmost to remain calm and not distract the driver with my terrified screams.

Room with a view

Miraculously, I reached my hotel alive. This didn’t bring the burst of joy you might expect, though. I had rushed the booking, just looking for any reasonable property within a reasonable distance of the Giza Necropolis, which was the main target for this part of the trip. The building that greeted me was like much of Cairo’s skyline – desperately unfinished and, by the looks of it, barely standing. The hotelier came out to greet me and led me through what looked like the entrance to a crack house to a lift that made me strongly consider taking the stairs up to the 12th floor instead.

With a mounting sense of despair and dread, I waited for the doorless, decrepit lift to climb past dusty and damaged brickwork towards the top floor, serenaded along the way by some weird cross between a Muslim prayer and Arabic soap opera music buzzing through ancient speakers. The display showing our progress was barely visible as, despite being held in place with Cellotape, it had mostly fallen into the panel. What the hell had I got myself into?

When the lift juddered to a halt in front of a door, the hotelier pushed open it onto what can only be described as a palatial scene. Granted, at that point a public lavatory in the London Underground would have looked like a palace to me, but this place was grand by any standards. It was clean white tiles, fancy detailing, fresh plants and artworks on the walls. This was the Bedouin Pyramids Guest House.

I was given a very quick tour of the place, partially because it is not the largest of venues but mostly because I just wanted to go to bed. However, the highlight was the terrace upstairs where breakfast would be served the following day. There, directly ahead of me, stood the Great Pyramid of Giza, with the Pyramid of Khafre poking around behind it and the Pyramid of Menkaure off to one side. The sun had set on the drive from the airport, so they were little more than slightly darker shadows silhouetted by the neighbourhoods behind them, but the sight certainly lifted my spirits significantly.

Sleep found me very quickly and easily, despite the bed being a little short for all 6’4” (1.93 metres) of me. I always look for flights that arrive at my destination a little late in the day so that I can immediately go to bed and wake up fresh at a sensible time, neatly dodging any jet lag. This proved as effective as ever and I was awake and alert, standing on the balcony at about 5.30 am as the morning call to prayer rippled across the city, heralding the dawn.

Said dawn brought with it a morning fog, completely obscuring the view that had so brightened my mood the evening before. However, as the day gradually warmed, the fog burned off and the pyramids slowly loomed out of the haze, one by one. It was a view that I enjoyed with a tasty if unidentifiable local breakfast (and a Twinkie). There was far too much of it for my appetite and I ended up leaving half of it. However, I can heartily recommend the bread and the…brown goop.

Breakfasted and prepared, I went to the reception desk and asked about a tour of the Giza Necropolis. You will have to wait for my next post to find out how that went, though.