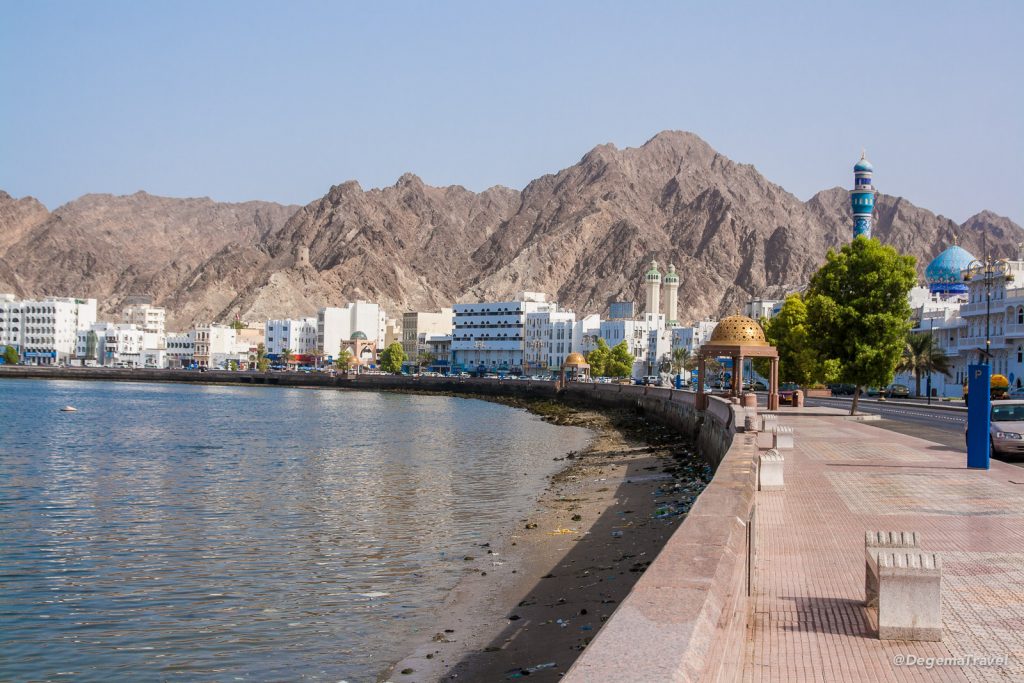 During my recent expat blog post about the Lady Macbeth – my temperamental old Jeep Grand Cherokee – I recounted some of the good times I had with her. I implied that the next post would be the last of the stories around my experiences with the car I owned when I lived in Oman. However, I missed one story out, and it’s too good a story to skip.

During my two years in Muscat, I found the CouchSurfing community to be a great way to meet some really fascinating characters. I made many good friends on the network, and it has generated some very fond memories. One of the weirder ones was when I found a message on the Muscat forum from a Scottish guy named John. He said that he had three hours to kill on a layover as he was flying elsewhere and, rather than spend them in Muscat International Airport, he wanted to see something of the city. Having nothing much better to do with my weekend, I decided to see how much I could show him in that time.

Start the Clock in Seeb

The first hurdle to John’s plan was the location of the airport. Sometimes referred to as the “new” Muscat Airport (by old people, mostly), it was built in a fairly remote part of the city. The original had been in Wadi Ruwi, had been too small to take big jet passenger liners and had apparently required some considerable skill from the pilots for them to avoid slamming their plane into a mountain on either take-off or landing. That airport has long since disappeared under one of the busier parts of Muscat, and good riddance to it.

The new As Seeb Airport is a good 30-minute drive from the interesting bits of Muscat. John had only three hours available, some of which he would need for getting through the airport to his gate. While it has since been renovated and expanded, it was a relatively small airport in 2010, when I was living there and John was passing through. Even so, He could realistically only be out of the airport for about an hour and a half at most. Take off the time to get to and from the airport (quickly) and he had about 45 minutes to see Muscat. As such, our greetings were brief and we were very quickly on the road.

On The Dusty Road

Along the drive, I regaled John with some of the stories surrounding life in Oman, many of which I have or will tell on this site at some point. One in particular, which he found hilarious, was the fact that it is actually illegal to have a dirty car in Oman – something which perhaps should have been on my list of “Funny Things About Oman”. While it never personally happened to me, the rumour was that anyone seen driving around in a dirty car would be pulled over by the police and immediately escorted to the nearest car wash. Being a dusty country, my car needed to be cleaned every few days to prevent any problems.

On a similar note, one of my friends took his battered old Ford Mustang through the Omani version of an MOT test and it failed; not because the speedometer didn’t work or the engine rattled like a bag of spanners, but because someone had poured paint remover on the bonnet roof, at some point, and it looked messy. He replaced the bonnet and passed with flying colours!

Probably the most interesting part of Muscat is Muttrah – the port area. It contains the two popular souks, both of which I pointed out as we sped past. That was the extent of John’s experience of them. The fish souk is an interesting place to see, but a horrible place to smell, for obvious reasons. The other one, a little further down the road, is pretty much a tourist trap, though you can get some interesting souvenirs and it’s a fun place to explore.

As we passed the souvenir souk, I pointed out the digital clock and thermometer display. The interesting thing about it is that it stops working at 50°C. The labour laws in Oman (and across the Gulf region generally) state that workers get the rest of the day off if the temperature goes above 50°C. Therefore, the temperature never officially goes above 49.9°C. On one occasion, my Mustang-driving friend drove past the souk and saw it showing 55°C. Shortly after, he drove back the same way. The display had been switched off.

We drove on between the two forts which guard the entrance to Muttrah, past the giant incense burner and along the road towards Old Muscat. This part of town was the original limit of the sultanate’s capital city. Until HM Sultan Qaboos bin Said took over from his father, this was the limit of paved road in the entire country, too. We drove around the narrow streets of this tiny part of the city, looking at the old buildings, but there aren’t many points of interest to see.

Oman before Sultan Qaboos was like a Dark Ages theme park. The city gates we were driving through, I explained to John, would be closed at dusk every day and no one would be allowed to enter or leave until dawn. Sunglasses were outlawed, so cataracts were endemic. Weirdest of all, the old Sultan – Said bin Taimur – sent his son to the UK for a British education, including studying at Sandhurst and serving in the British Army. He then banned him from returning home because he had learnt too many western ways. Under the circumstances, the coup in 1970 was pretty much inevitable.

This was pretty much the extent of John’s trip around Muscat. There is, of course, more to see. However, his time was already running perilously short. We followed basically the same route back, there not being many alternative routes in a city regularly interrupted by sheer cliffs and rocky hills. I got John back to the airport with barely a moment to spare and he continued on his journey. Other than a note on CouchSurfing, I’ve not heard from him since, nor do I ever expect to. It was just one of those brief but wonderful experiences.

It was also one of the few times nothing went wrong with Lady Macbeth!